I saw the details of your "project" in March Family Tree

My father Richard Soans was a Merchant Seaman serving from December 1912 to December 1939. As he was a "Marconi Man" he was employed directly by the Marconi Company. He did however serve on two Castle vessels, Kenilworth Castle and Llanstephan Castle. Would information of him be of any use to you, or are you including only those who were employed directly by Union Castle

My father left the service in1939, but as we were again at war he joined the Army,(Royal Corps of Signals) and based in the UK instructed the next generation in the use of Radio Communications. He finished his working life as a Tutor at the Wireless School in Bletchley Park.

As I was a late addition to the family I never saw him in Naval uniform, although I was brought up on "shipping yarns" That period of his life remained as vivid as when he joined till the day he died.

His photograph shows him as a young recruit , with a "Marconi" cap badge 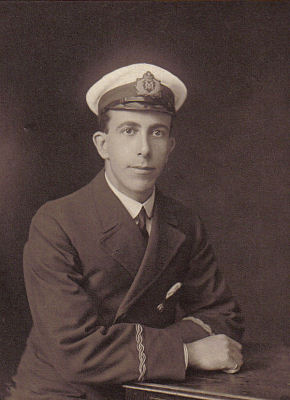