The story of the seamanship, heroism and death of Captain Clarke and fate of the "Walmer Castle (3)" is one that should never be allowed to be forgotten and one which the Company should have, but singularly did not commemorate.

It is a question I do not suppose will ever be answered but why was the name not revived in any of the post war new ships?

On September 20th 1941 the "Walmer Castle" under the command of Captain Clarke was with a convoy as rescue ship, her task to pick up survivors from vessels that had been sunk, she had that day rescued men from a couple of ships and hoped during the night to catch up with her convoy.   A very hazardous occupation as it was common practice for German submarines to hang around a 'hit' hoping another ship would stop to pick up the crew.

At dawn on the 21st the "Walmer" found herself alone and very vulnerable to attack, at midday the German aircraft found her and there followed a relentless attack.   The outcome was never in doubt, the "Walmer" alone and with only minimal weaponry to defend herself was a sitting duck.   Captain Clarke stood on the wing of the bridge calmly giving helm orders to try to keep the "Walmer" out of the path of the bombers.

On the third attack, Captain Clarke now seriously wounded continued to con his vessel when a bomb hit the bridge wing killing him instantly.

Now the Chief Officer Mr. Lawson took command, the "Walmer" clearly had not long left, many on board were wounded, others killed.   Mr. Lawson saw to the wounded being evacuated on the remaining rafts, all four lifeboats being unusable.   The vessel having been abandoned by the wounded the remaining crew and Mr. Lawson retreated to the poop, the only part of the ship now not on fire.

At last H.M.S. "Marigold" found them, came alongside what remained of the "Walmer Castle" and took the survivors off before sinking the hulk by gunfire. 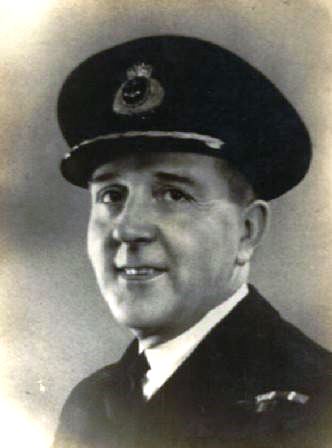