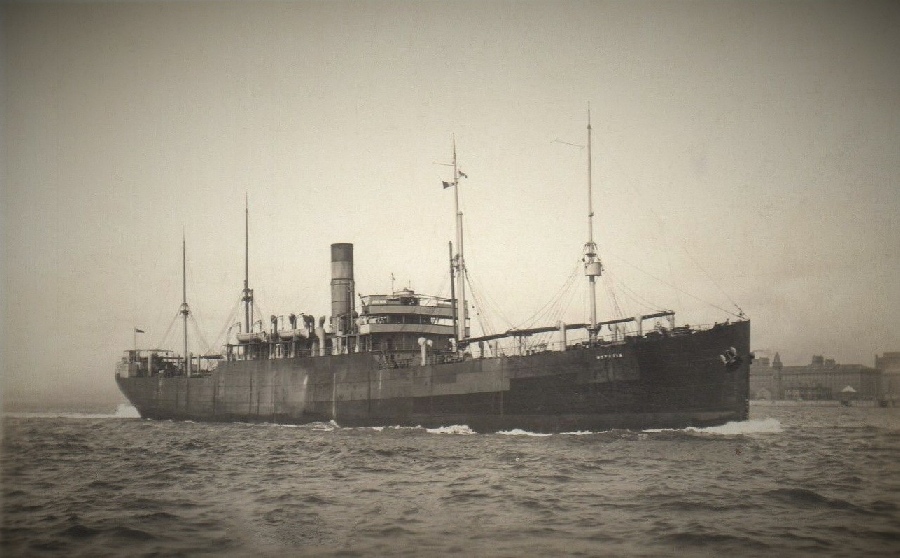 Hypatia aground on Robben Island 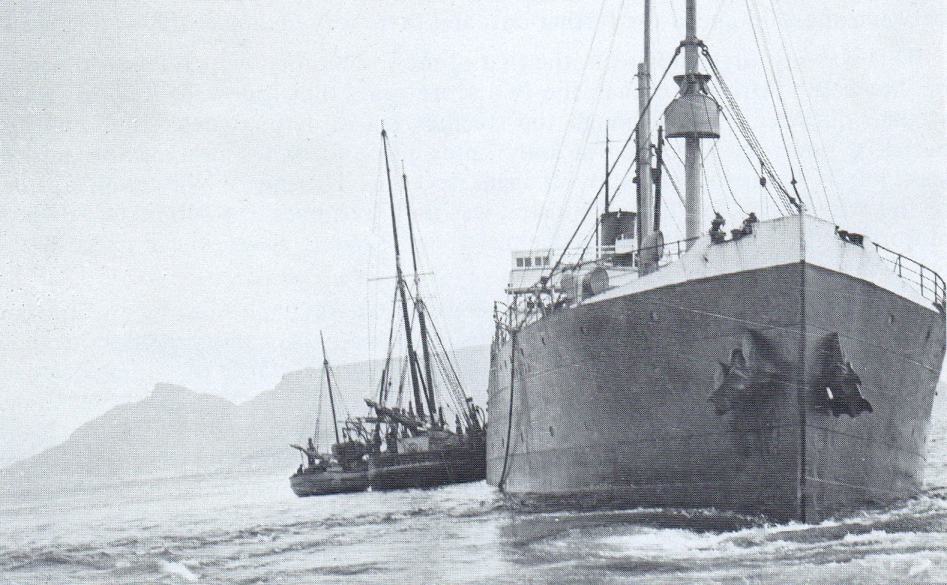 Hard aground with decks awash

This four-masted steel steam-powered cargo ship wrecked on Whale Rock, south of Robben Island in Table Bay in the Western Cape. It was on its final voyage, having been in operation since the turn of the century.

After arriving in Table Bay in the early hours of the morning, the vessel was manoeuvring between Robben Island and the mainland, whilst waiting for the port to open.

During one of these runs, Whale Rock was struck, and the swell pushed the Hypatia further up on the rock, flooding two of its holds.

The ship was abandoned by the crew of 80 without sending out a distress signal. They simply rowed into port and informed the authorities.

After inspecting the wreck, they left it to sink as it had already been pushed fast onto the rock and it was heavily flooded.

Salvors, guided by Tommy Martin on board the Epaty slowly removed the cargo of copper ore and one of them died whilst working on the wreck.

Today it is a dive site between 6-9m in depth with the main feature being the large triple expansion steam engine with the propeller shaft protruding from it. The rest of the wreckage is scattered and very little remains as salvors and treasure hunters have over the years stripped much of what remained.