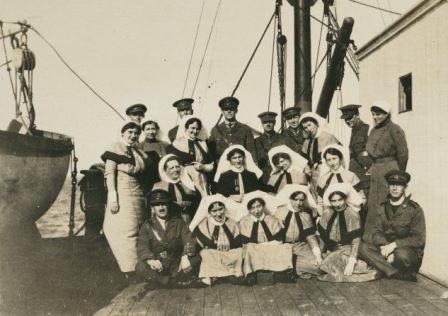 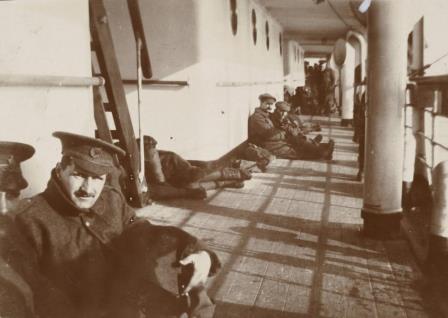 The "Salta" sailed from Southampton on the 9th of April 1917 for Le Havre under the command of Captain Eastaway..   Her owners were French, the Societe Generale de Transport Maritmes and she had been chartered by the British government for use as a 461 bed hospital ship.   She arrived off Le Havre roads in bad weather on the 10th of April    The drifter H.M.S. "Diamond" on inspection ship duty confirmed her identification and H.M.H.S. "Salta" proceeded without a pilot along the buoyed channel to the harbour entrance.

Salta was chartered by the Admiralty in February 1915 from the French Talabot Company and converted to a hospital ship.  In accordance with the Hague Convention of 1894, the steamer was painted white with a broad horizontal green band with red crosses, theoretically protecting it from attack. 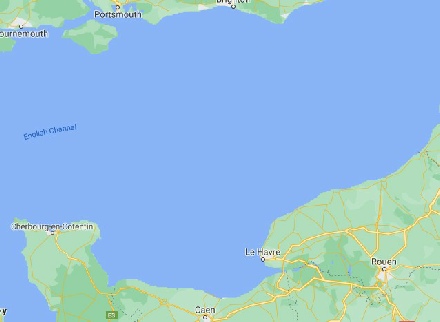 On the night of the 9th to 10th April 1917, Salta, accompanied by Lanfranc, Western Australia and an escort of destroyers, steamed from Southampton to the naval base of Le Havre. During the morning of the 10th April.  A French patrol craft had found mines drifting in the Le Havre approaches and all vessels entering the port were to be warned. The mines had been laid the previous day by the German mine-laying submarine UC 26.

At 11.20am, Salta approached the port entrance and stopped engines.  A patrol craft instructed the Salta convoy to follow it towards the English drifter "Diamond" which checked the identity of each ship before opening the barrage allowing entry into the port.  Satisfied, the drifter gives its green light and Salta was authorised to continue.

Whilst following the buoyed channel into Le Havre, Salta's Captain Eastaway gave orders to alter course to the north. The commander of the Diamond relayed a frantic message that Salta was now approaching the zone where mines had been seen that morning. One of the Salta's surviving officers reported that Eastaway was concerned about entering Le Havre without a pilot because of the bad weather and had wanted to let the other ships pass.

Realising that they were in grave danger, Eastaway tried to re-trace his course back to the buoyed channel. In poor weather conditions, Salta drifted across the mined zone and hit a mine at 11.43am. An enormous explosion breached the hull near the engine room and hold number three. Water engulfed the disabled ship, which listed to starboard and sank in less than 10 minutes, ½ mile north of Whistle Buoy.

Despite help arriving rapidly, the state of the sea and the strong winds hampered the rescue operation and the human cost was appalling. Of 205 passengers and crew, 9 nurses, 42 wounded patients and 79 crew perished. In spite of extensive searches, only 13 bodies were initially recovered. There are now 24 burials from the sinking of the Salta in Ste. Marie Cemetery, Le Havre, and also a memorial to those who were not recovered.

The sinking of the Salta had another victim. The English patrol craft P-26 was involved in the rescue operations and hit another mine, the ship was split in two and sank.

Salta had been built as a passenger ship, of 7200 tons, in 1911. In 1915, she was acquired by the Admiralty and converted for use as a hospital ship. She was operated on the Admiralty’s behalf by Union-Castle Mail Steamship Ltd.