She was completed in October 1903 as the Reichenfels for D. D. G. Hansa of Bremen. When the First World War broke out on 4th August 1914 she was at Colombo and promptly seized by the Admiralty and placed under the management of Grahams & Co.

She was transferred to the Shipping Controller, placed under the management of Union-Castle and renamed Polglass Castle in 1916.

The Union-Castle Line never actually owned her. Repurchased by Hansa in 1921 she reverted to Reichenfels and was broken up at Bremen by A. G. Weser in 1933. 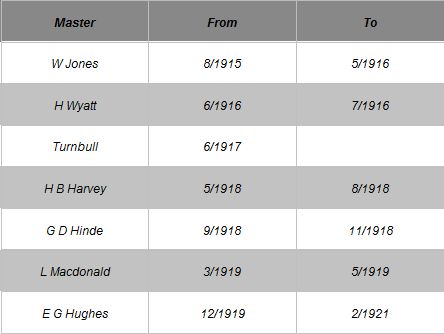 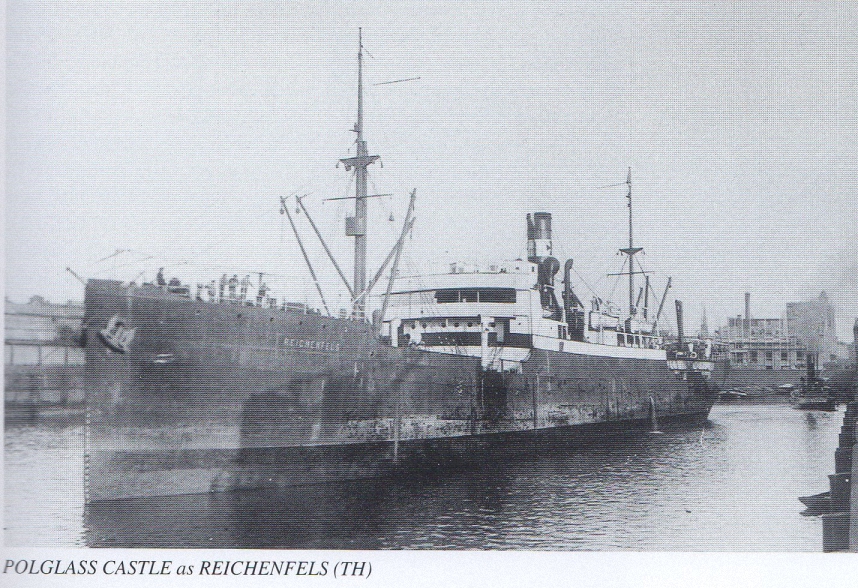