SS Huntsgreen was originally a German ship called the DERFFLINGER. After her maiden voyage, she was used on the Bremen - Suez - Far East service until 1914 when she was captured by the British at Port Said. Renamed HUNTSGREEN and operated as a troopship, she was re-sold to NGL in 1923 and rebuilt to 9162 gross tons, with accommodation for 290 2nd class and 521 3rd class passengers. 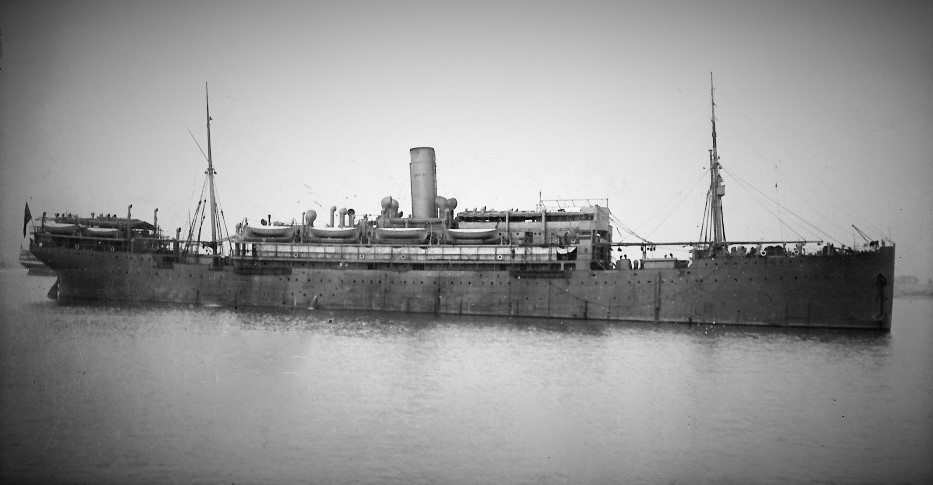