Union-Castle officers and Lascar crew under their Serang.

RN sick berth staff joined her there ex Liverpool aboard “Empress of Scotland” . (Formerly empress of Japan). Arrived Sydney , then by troop train across desert

Left for Melbourne, engines broke down and towed into Albany, SW Australia for repair. On to Melbourne for final fitting out.

North to Manus island, part of the admiralty islands to await invasion of Japan.

After surrender in August steamed to Hong Kong to await orders.

Then to Hinan island. Pick up Aussie POW’s in bad way.

Repatriate them to Fremantle. Ordered to east coast of Sumatra. Ferry back 200 Japanes POW invalids to Kure. My chance to visit Hiroshima,(probably October 1945).

In January , ordered to Manilla but turned back by typhoon.

Swinging round the buoy at Singapore for several weeks.

Pick up French women refugees from communists . Repatriate them to Toulon via Colombo and Port Said. 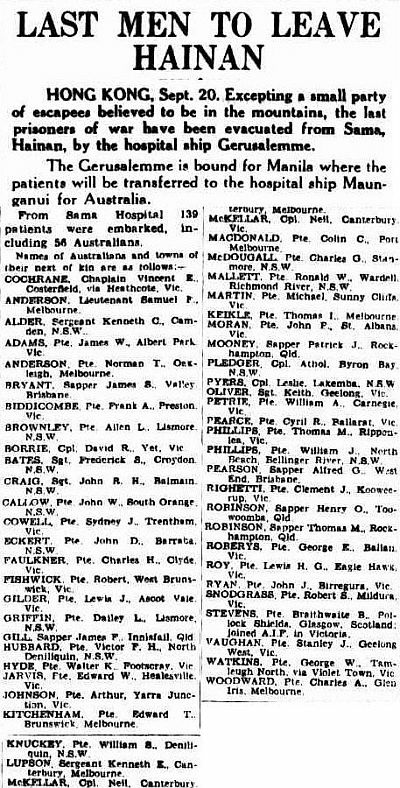 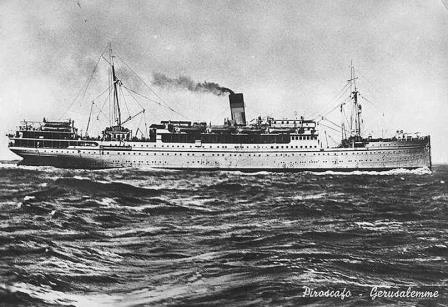 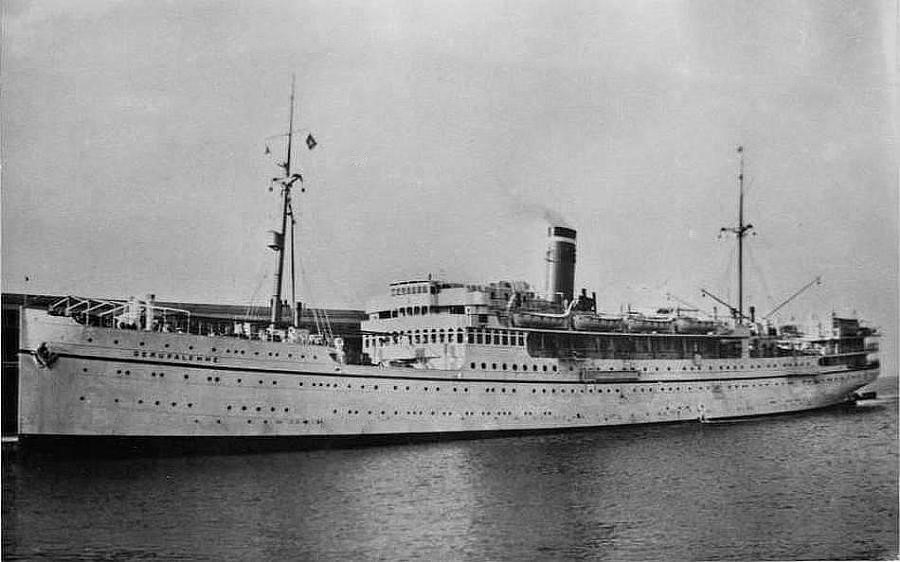