She was completed as an extra steamer in June 1894 and in February 1896 carried the troops who had taken part in the failed May 1895 Jameson raid back from Durban to Southampton. Under Capt Leander Starr the raid was launched from Mafeking upon Johannesburg in an attempt to bring the Transvaal into British South Africa. Starr was imprisoned for 15 months after President Kruger handed him over to the authorities.

On 20th October 1899, as HMT 2 she carried the first troops to Cape Town as one of three Castle ships in a convoy of five. She was sold in 1904 to Earl Fitzwilliam , a coal magnate, for an expedition to the Cocos Island, 200 miles off the Pacific coast of Costa Rica, and renamed Veronique. The object was to search for Peruvian Inca treasure buried there by the swindling pirates Bennett Graham and William Thompson but after the venture failed Earl Fitzwilliam sold her to a German magnate who took the mail boat home.

In 1915 she was captured by the Peruvian Navy and became their supply ship Iquitos and painted brown-grey.

Sold to Cia Peruana de Vapores in 1923 for their Callao to Panama service she was renamed Amazonas and finally broken up in 1934. 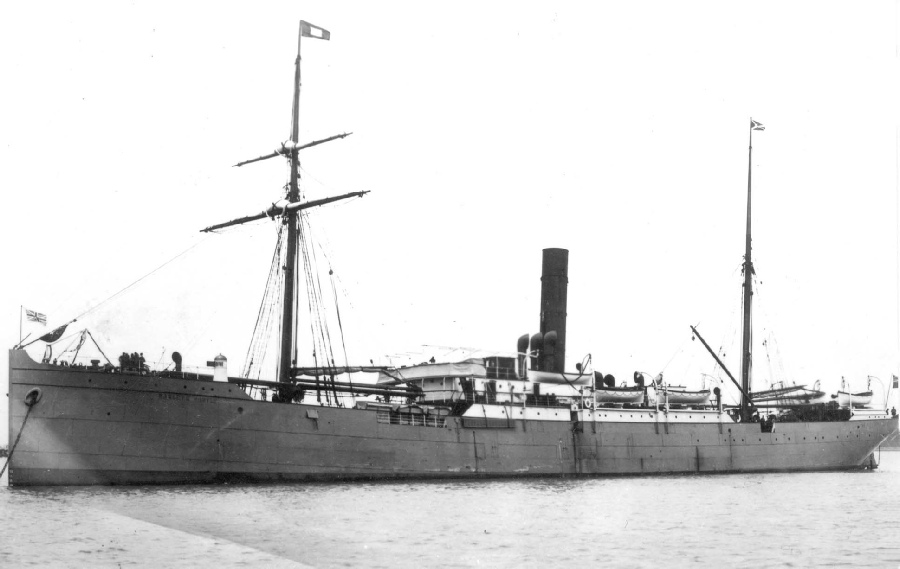 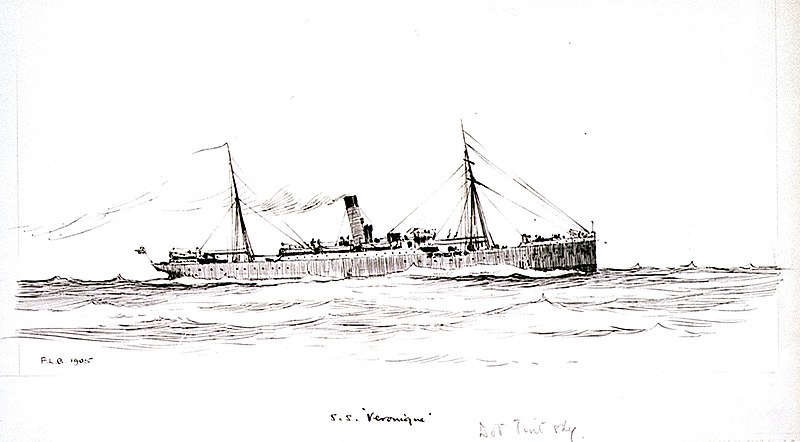 As sketch of her as Veronique