Later to be called B.P. Then 3rd Mate in Bullard King & CO.

Then Tug Master and Pilot at Cape Town till retirement. 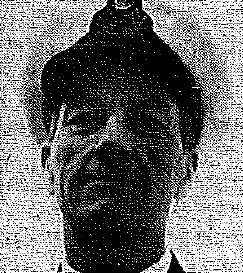 Job satisfaction as a harbour pilot working in all weathers, day and night, has meant so much to Captain Willy Rowe for the past 24 years that he declined elevation to executive chair-borne posts in the harbour service.  He retires next week and confesses he may be most restless and could return to sea again as a deck officer of one of the local companies.

Trouble is, my navigation is so rusty now, he said with a sigh.   Pilot Rowe piloted most of the biggest ships using Table Bay, including the giant tankers, the Queen Elizabeth 2 and the France (now renamed Norway).  But having turned 63, he must quit.

Starting at the General Botha at 13, in 1932. (It was a rough house in those days),   Willy served his apprenticeship with British Tankers, then went into the Bullard King “Um” boats before joining the harbour service in Port Elizabeth.

He came to Cape Town as a tugmaster and learner pilot in 1955,and has been here since.

Quite unflappable, Pilot Rowe has difficulty recalling any hair raising experiences, for he takes them all in his stride.

But the visit of the Queen Elizabeth 2, 10 years ago, was enough to send the blood pressure of any pilot soaring.   The southeaster was so strong that the thugs could not get their lines up, and when the big ship entered Duncan Dock Willy Rowe’s plan to keep the wind on the port bow until he reached the quay, went awry.

With the wind on the starboard bow the big ship blew down the dock.   Anchors dragged.  The three tugs had little influence, and when he went ahead on the big ship’s engines to avoid striking B Berth, the tugs fell flat and were of no use.

It was a two-hour battle to push the ship to H berth where he eventually walked off as though it had been any other job.

The tankers are a bigger handful than the Queen liner, but they are moved only in relatively calm conditions in any case, the era of Voith-Schneider tugs which can push at any angle have revolutionized the science of manoeuvering ships in confined space.

Nevertheless if the wind does take hold of a giant tanker, it represents a much bigger problem for the tugs to get it under control again.   Pilot Rowe also handled the American carrier President Rooseveld when its call here was cut short after crew were prevented from coming ashore by executive orders from Washington.

The pilot’s logbook indicates that Pilot Rowe handled thousands of ships in his long tenure.

He preferred the wild winds and stormy seas to any office job, and told me yesterday that he would have stayed on longer had it been possible.

It is likely that one of the local companies seeking a relieving deck officer will find a quick response from Willy Rowe who is not disposed to spend his retirement playing bowls or mowing the lawn.

It was worth while sleeping the night in a 7-m cabin cruiser in order to watch the superlative exercise which Chief Pilot WILLY ROWE effected with QUEEN ELIZABETH 2 in the gale across the Duncan Dock soon after dawn yesterday.

The high-sided ship was as much as three tugs could contain, and at one time Pilot Rowe must have doubted the wisdom of bringing the big ship into the windswept dock basin.

Without the ability to trust at any angle like the Voith-Schneider propulsion process, local tugs are hardly effective if they cannot hold a 90 degree position to a ship, and in yesterday’s wind they were having to screw to keep themselves on station.  Even Old Smoky participated in the exercise.

The Queen Elizabeth 2 turned to wind as soon as she entered the dock, but wind prevented a tug getting a cant wire up to tow the liner to her wharf.  So the high-sided fell off the wind, down towards the Eastern Mole and she required all available tug power to hold her.

** Pilot Rowe, in control of this ticklish manoeuvre with a R60m. charge in the south-east gale, was characteristically cool.   On my small-craft VHF, his voice talking to the tugs revealed no stress or strain whatever, and he even apologized to a tugmaster for putting him in a difficult position.

**In an age when personality problems afflict some men in their jobs, Willy Rowe enjoys the perfect poise and aptitude for the task, and Cunard have reason to be highly satisfied.

Had Pilot Rowe turned the job down on grounds of wind velocity, delay to the big ship could be calculated in a loss running to five figures a day, and her schedule for the rest of the cruise would be upset.   But he decided to “give it a go”, and with the sparkling repartee of CAPTAIN  BILL  WARWICK over his shoulder, he eventually muled the big ship to her desired haven where she is securely moored until sailing time to-morrow.

Getting her out may not be so difficult although had conditions allowed mooring port side to the quay, it would have been easier.

Yesterday’s dawn manoeuvre was in the best pilotage tradition, and confirms that successive generations still produce their handful of peers.

It brought back memories of the 1934 epic of Pilot Dick  Robinson, who took the 22 000 ton Asturias to South Arm 1 in a 60-knot South –Easter gale to avoid delaying her.   He came through the dock entrance at 10 knots, and went full astern right into his berth where two tugs waited to hold the ship up,  Superb!