Captain Wren was in command of the "Rochester Castle" when, in 1942 she was one of five surviving vessels out of a convoy of 15 ships to reach Malta.   Operation 'Pedestal' was a determined attempt to get supplies through to the beleaguered island.   Escorted by carriers "Indomitable", "Eagle" and "Victorious" and battle ships "Nelson" and "Rodney" the convoy was repeatedly attacked.  Amongst the losses was the carrier "Eagle".  The Chief Officer was Captain A J Culpin.

The "Rochester" was severely damaged by a torpedo fired by German 'E' Boat but although down by the head by 6 feet and a draft of 36 feet the ship kept up full speed and reached Malta August 13th.    Previously in January 1941 the "Rochester" under the command of Captain Wren had a narrow escape from the German raider that had sunk the "Eurylochus" and "Afric Star" probably passing in the night.

A friend of my father's I recall meeting him whilst I was a schoolboy at lunch in 'Fred's', the restaurant in the Terminus Station, Southampton. Then amongst the offices of Cunard, Royal Mail, Union-Castle at lunch time, this humble restaurant (three course lunch one shilling and threepence, brown Windsor soup compulsory!) would be the gathering place of managers, superintendents, masters and lesser mortals from the greatest shipping companies in the world.   I see Wren as a shortish rather stout man, I believe he had a peppery temper. 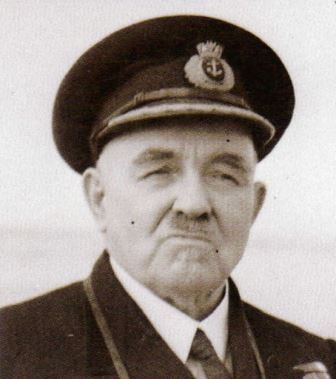