Known to all his friends as Paddy, we met when he was Chief Officer of the "Riebeeck Castle" and I the 2nd Mate.   I seem to recall my being somewhat upset when he insisted upon the crew chipping the boat deck just above my head in the mornings!

Nevertheless we became very good friends, his wife Sandy whom he met when she was a purserette on the "Athlone" was with him, a very decorative feature to an otherwise very typical and not so interesting voyage.

Paddy resigned from the Company on the same day as myself!   He to join Ellerman & Bucknall in Cape Town in their office.

Paddy died in 2009, he had not been well for some time.  Sandy lives today in the Cape. 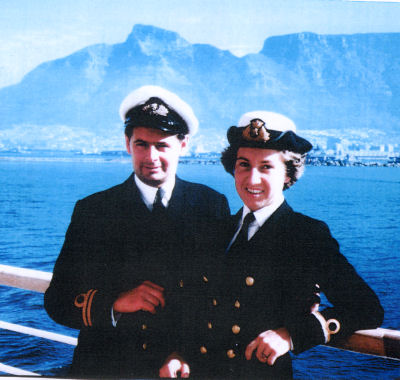