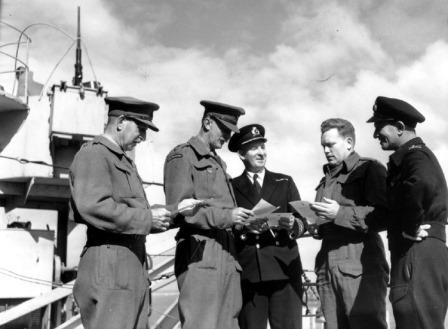 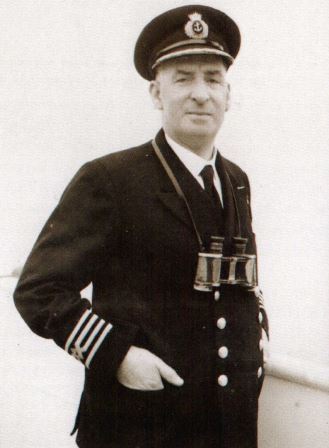 In 1950 Captain McAllen became the Commodore master of the Union-Castle Line.   One of the most popular master's both with passengers and crew his career at sea was all that a seaman could wish for.

In 1944 he took over command from Captain Williams of "Llangibby Castle" and was master throughout the Normandy "D" day landings in which the "Llangibby" played an important and hazardous part.

Captain McAllen was a great friend of my father, (Captain C.S.G. Keen) who told me this story.   Captain McAllen was master of the "Edinburgh Castle" on her maiden voyage during which, whilst berthing in Cape Town in heavy weather she landed heavily and put a minor dent in one of the plates.   It was insignificant damage which would stay with the ship to the day she was scrapped - along with many other similar dents.

As was customary at the end of the voyage McAllen went to report to the Chairman, Sir Vernon Thompson and in passing mentioned the Cape Town incident.   My father met a very distressed Captain McAllen at Southampton station, he related how Vernon Thompson went into a fit of rage, McAllen was not sure that he still had a job with the Company.

I have managed to find myself on your web site after starting a family tree.  My Mother told me about a Great Uncle she was believed to of had who married a French Lady, they lived on the Channel Islands (Guernsey). Also that he was captain/commodore of the Union Castle Line.

To my surprise I came across T.W McAllen who you state knew and was a great friend of your Father.  I know this may just be a coincidence but maybe its not. If there is any more information you know we would be delighted to hear from you.

T. W. McAllen would be my Great Grandfathers Brother, Philip McAllen (who designed "Z" boats) and their sister Ellen McAllen.

Their Father and Grandfather where shipbuilders/carpenters Their Grandfather designed and built the royal cradle for Queen Victoria.

Thank you for your time. 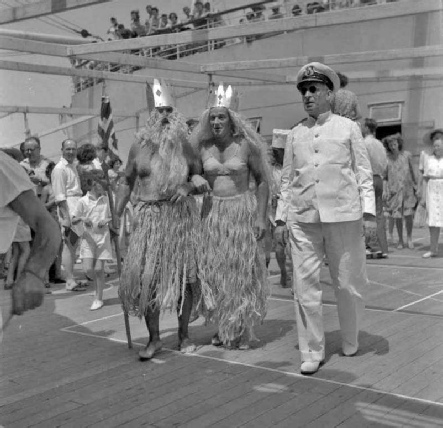