Captain T H Whatley (my Father) was born on the 31st August 1909 in a small village just outside Sherborne in Dorset. His father was a Farmer who farmed about 1,200 acres in the area. He was the only son along with 6 Sisters. He was christened locally and one of the guests at his christening was Captain Smith, the Captain of the Titanic (who’s reputation might have influenced his future life). He died of cancer on the 11th November 1986 on the Island of St Helena.

Tom went to sea at the age of 16 and I believed joined the Union Castle Line in 1927/8 He remained with the company all his working life. He was enrolled as a member of the “Honourable Company of Master Mariners” On the 27th of April 1957 and was extremely proud to have belonged to such an exalted company. He retired from the sea in 1958/early 59 and moved on to become a Marine Superintendent based in the London Docks. He finally retired/was retired in 1960/61.

He was married on the 17th December 1940 to Betty Carlton-Miller and had two children (one Son and one Daughter). Betty died in 1960 and he then moved and went to live with his Father in Weymouth, hoping to find some work connected with the sea. After a couple of years with no success so in October 1963 he finally retired to the Island of St Helena and bought a 40 Acre Market garden with myself as a Partner/helper (I then married and moved back to the UK the following year) He had many friends on the Island and also ran a small training concern in Navigation and seamanship for the youngsters of the Island, he was also captain of the Islands Lifeboat for awhile.

He appears to have been well respected by his crews and passengers. I am not sure of the date he became Captain. From what little information I have of his working life and war time experiences (he did not like to talk about the war time years). He sampled the recession on board a ship in Portland Harbour and he was well decorated for his wartime life. and from what I could gather he very seldom took part in convoy duty but appears to have travelled as a loner mainly on troop ships. (He was in command of the Warwick Castle when it was sunk just outside the straits of Gibraltar.)

I hope that this fills in a few gaps and further helps towards completing your picture of the company.

I would love to hear from any one else who knew my Father or can help complete my very small picture of him. I unfortunately hardly knew him as a father. I went to Boarding school and appear to have been at school when he was on leave and he was at sea when I was at home although we became good “friends” after I left school. He had very strong ideas about the sea and its servants and how they did not agree with married life. He refused to allow me to go to sea and follow in his footsteps. He insisted in his usual firm and dogmatic manor that I become an Engineer which he considered to be a safe and respectable career at that time.

On your website there is some information posted about Capt T. H. Whatley posted by his son Tim Whatley.  I am a resident of St. Helena Island and maritime enthusiast and Amateur Radio Operator.   All of the information written by Tim tallys up and would be very interested in communicating with Tim if it were possible please. 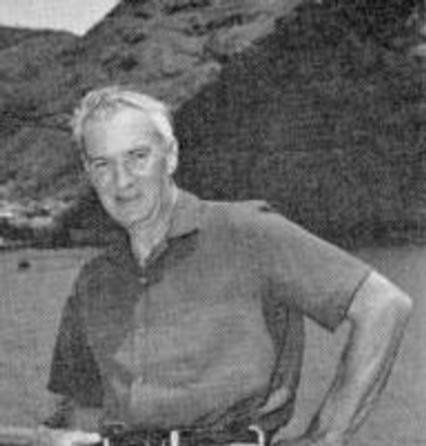