Captain Fisher, famous in the Company for his ukulele was the 'complete showman'.

Very popular with the ladies, his several wives would say too much so, J.D.B. Fisher turned impressing the passengers into an art form.

He was Master of the "Pretoria Castle" when I was 4th Officer, (I have to admit that, for all his fame on the ukulele I never actually knew him to play it!) and one could not help but admire his technique. All the Mail Ship masters were showmen, they had to be but Fisher was the showman of them all.

At about seven o'clock in the morning (carefully timed for maximum number of passengers taking a pre breakfast stroll on the boat deck) J.D.B. would come up the internal stairway to the wheelhouse, sometimes hardly pausing to say good morning.

If in whites with his shirt collar carefully turned up in a raffish manner, an enormous pair of war surplus binoculars slung about his neck, Fisher would march through the wheelhouse to the bridge wing and down the ladder to the boat deck - the exhausted Commander leaving his post having watched over the safety of his ship through the night!

The 'days run' was the 2nd mates headache, Fisher insisted that the 'Captain's number' should never be more than five miles adrift of the 'actual' days run.

Unless the mate had got a good star fix in the morning the estimated days run was always plus or minus ten miles or so. this meant 'flogging' the noon position in the log book.

After a few days of this, with actual and recorded noons getting further and further adrift the farcical position was reached for the last days run. 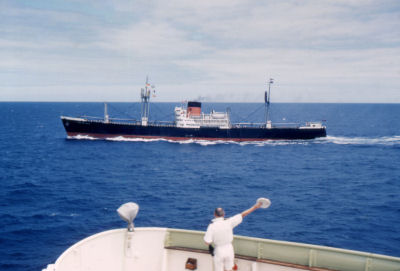 Ever the showman, J.D.B. waving to the Master of the passing "Tantallon Castle", close inspection shows nobody on the "Tantallon" waving back!

But it made a good photo call for the numerous passengers on the "Pretoria's" bridge. 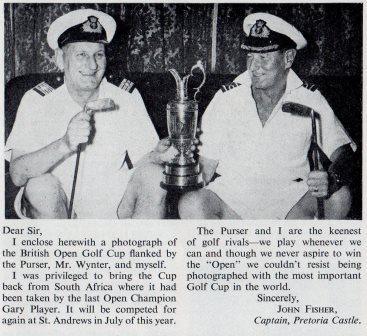 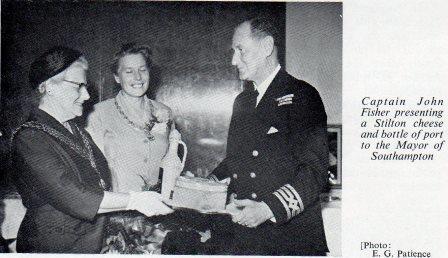 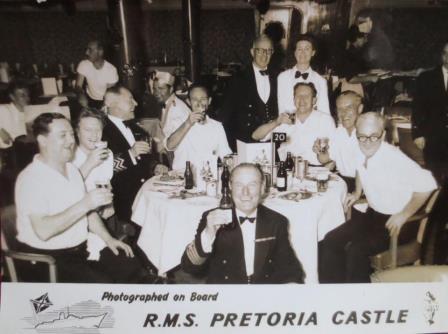 After serving the Catering Staff with Christmas Lunch 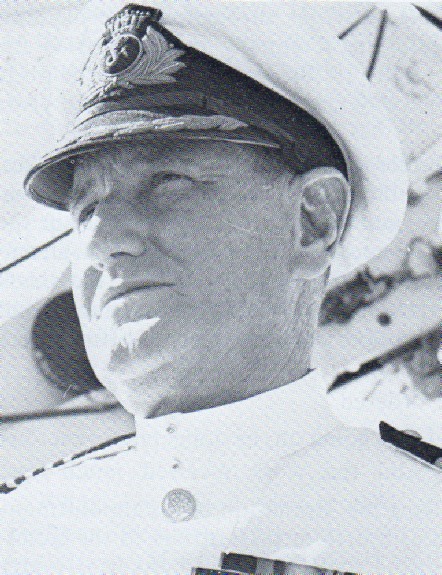 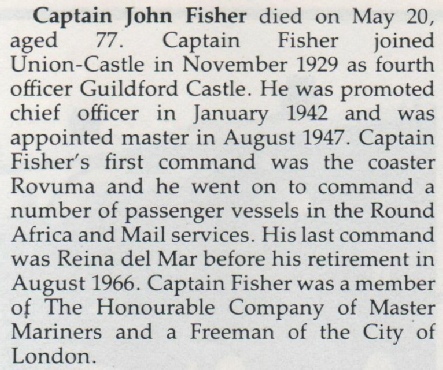