I remember Harold Deller as a good passenger ship master but I cannot say he was well liked by his officers who saw him as being rather an aloof, distant person.

A purserette who I know well once told me the story of how they would, when meeting the 2nd mate who happened to be Sir William Codrington, Bart., drop a curtsy and call him 'your lordship', just to infuriate Harold.

Another officer to earn his anger was my very good friend Rodney Lofts.   He was 1st Mate of the "Pretoria" when he was notified that he had been promoted to Captain in the R.N.R. This was a singular honour as it was very unusual for an R.N.R. officer to get such promotion before he was a master in the Merchant Service.

I recall we used to somewhat irreverently parody the Lord’s prayer, ‘Our Father which art in heaven, Harold be thy Name’.

But there is always the other side of the coin, one that junior officers rarely see or think about until they themselves become senior.   We were to pass the ‘Edinburgh Castle’ on the equator (a highlight of the passengers voyage) the usual routine was to pass about 1700 hrs on the afternoon 4-8 watch.   The actual meeting was always conjectural, no sat navs then!

We thought ourselves to be spot on navigators if we knew our position to within a couple of miles.   Multiply that error by two and you can see that it was very easy for the two ships to pass harmlessly out of sight of each other!

Dellar had as normal come to the bridge half an hour or so before the expected meeting,  he stood in the wheelhouse in his own little world, I think he must have been thinking about his home in Romsey and maybe his retirement.   To nobody in particular but to us on the bridge in general he said, “I dread retirement, my wife has her own life at home, she is on this committee and that, I know nobody.”

This very sad remark has stayed with me all my life as it sums up the master of a passenger liner, on board he is number one, as we used to say, God.   But at home – he is just someone who every now and then appears and upsets the normal daily routine, the wife dreading the day he retires! 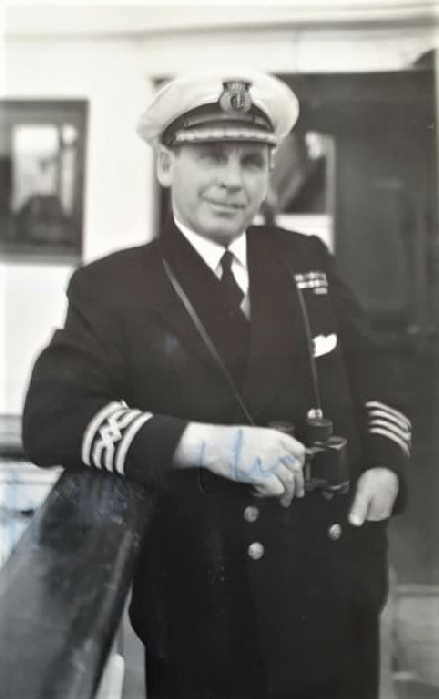 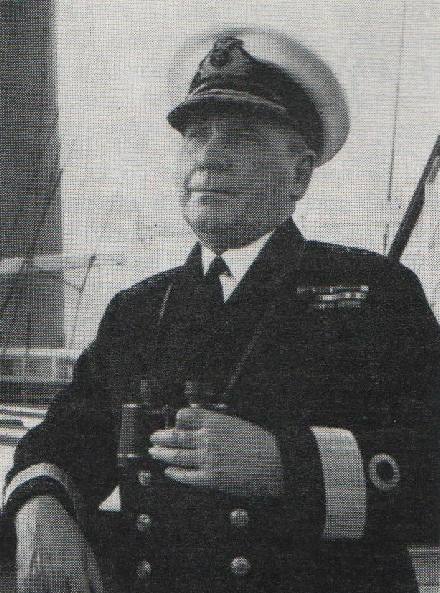 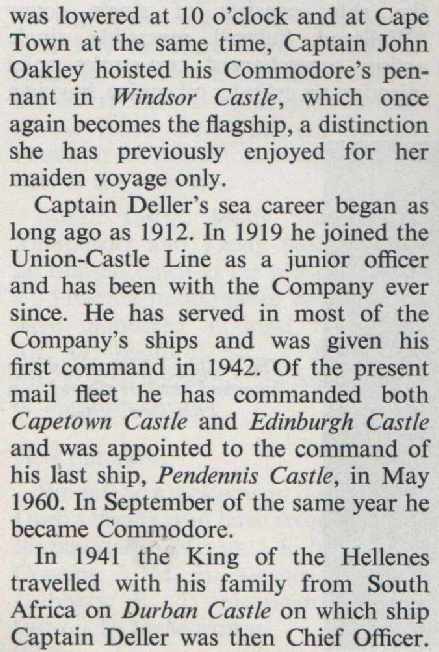 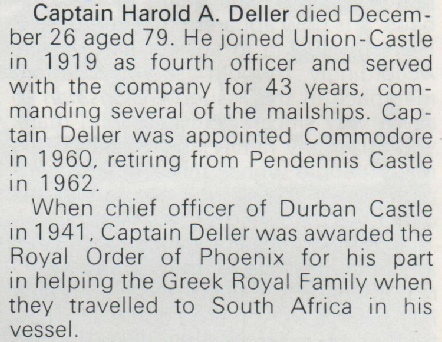 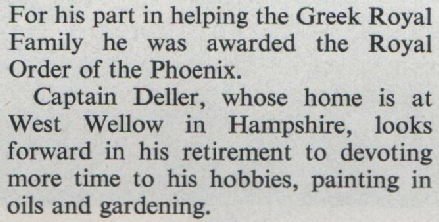