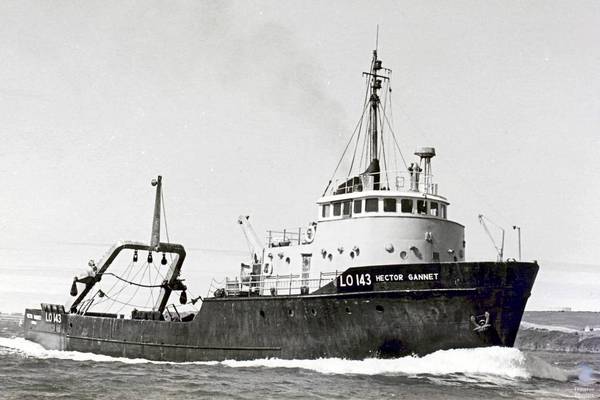 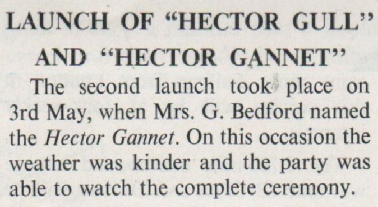 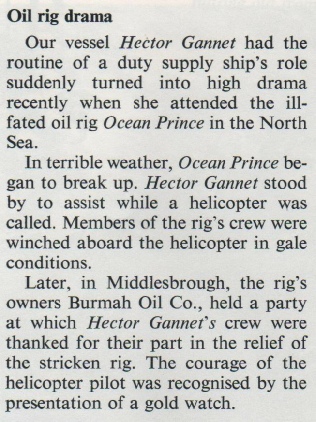 The rig was built to the Ocean Queen design, which had been used previously in the Gulf of Mexico.

In March 1968, the rig was driling for The Burmah Group 100 miles off Scarborough in the Dogger Bank area, drilling with the rig resting on the sea bed.

The barge engineer had advised against this position as excessive currents in the area caused scouring around the bow and stern of the rig, leaving only the centre of the rig supported. 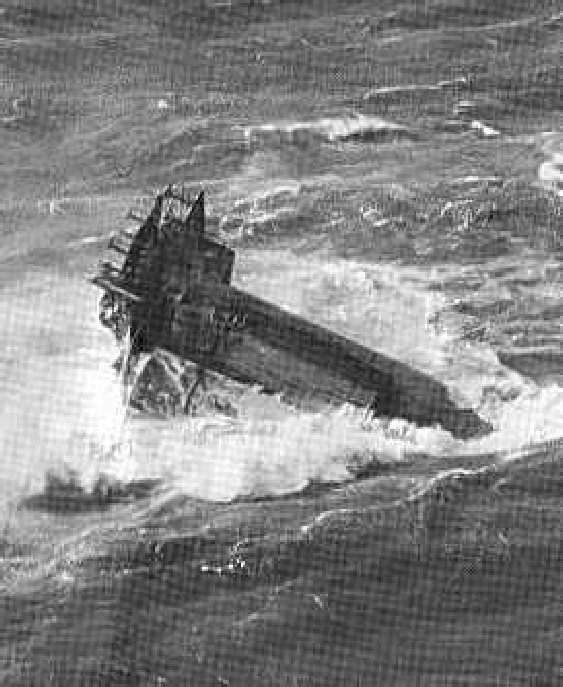 The rig crew had also reported the existence of cracks in the steel structure of the vessel, but pressure to decrease rig downtime caused the advice to be ignored and both Odeco and Burmah decided to continue drilling.In the early hours of 06 March (accounts differ, but newspapers agree on 06 March), the OCEAN PRINCE was experiencing gale-force conditions, with 50-foot waves and winds in excess of 80 knots. The rig was on the receiving end of an extreme battering by the elements and, with every large wave, was liftedup and heavily dropped back onto the sea floor.

The 45 crew on board could see cracks opening in the main deck and structural beams and notified shore personnel that the rig was in danger of breaking up. Of the various authorities contacted, only Capt. Robert Balls of Bristows, the rig's regular chopper pilot, set out immediately to rescue the crew.

By 0710 hours, the portside pontoon broke i n half and a main deck support split, allowing the whole port-aft area containing the drillfloor, derrick and radio room to collapse into the sea. Flying conditions were in excess of recommended helicopter limits but, shortly thereafter, the Bristow's chopper made its first landing on the rig and airlifted 18 of the crew to the neighbouring Constellation rig.

Two more journeys were made to extract the remainder of the rig's crew.

Less than an hour after the last pick-up, the entire rig broke up and sank into the stormy seas.

Captain Balls was later made a Member of the Order of the British Empire for his courage and skill as a helicopter pilot.