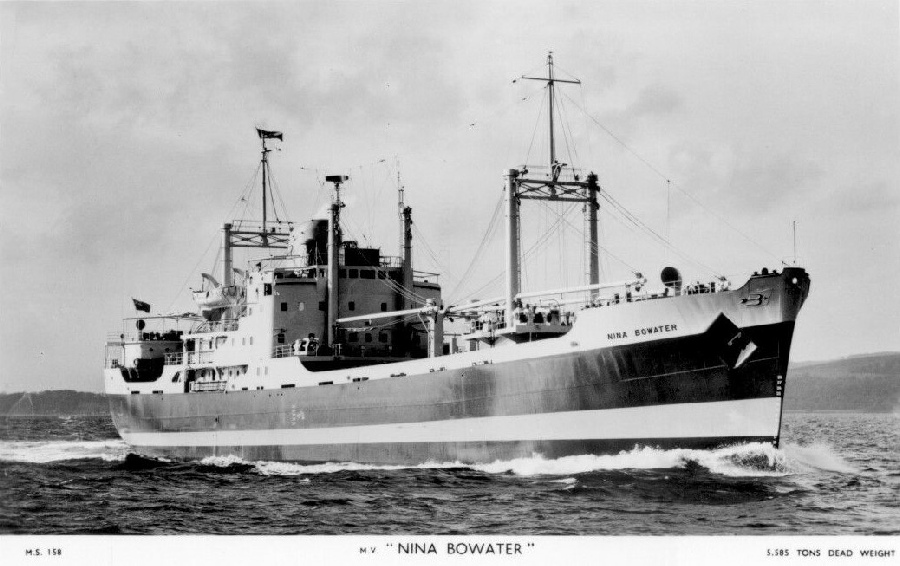 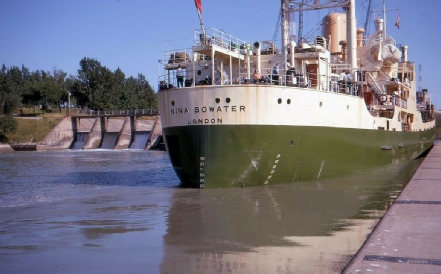 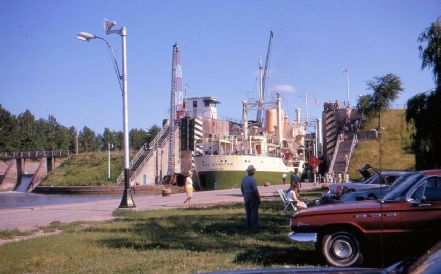 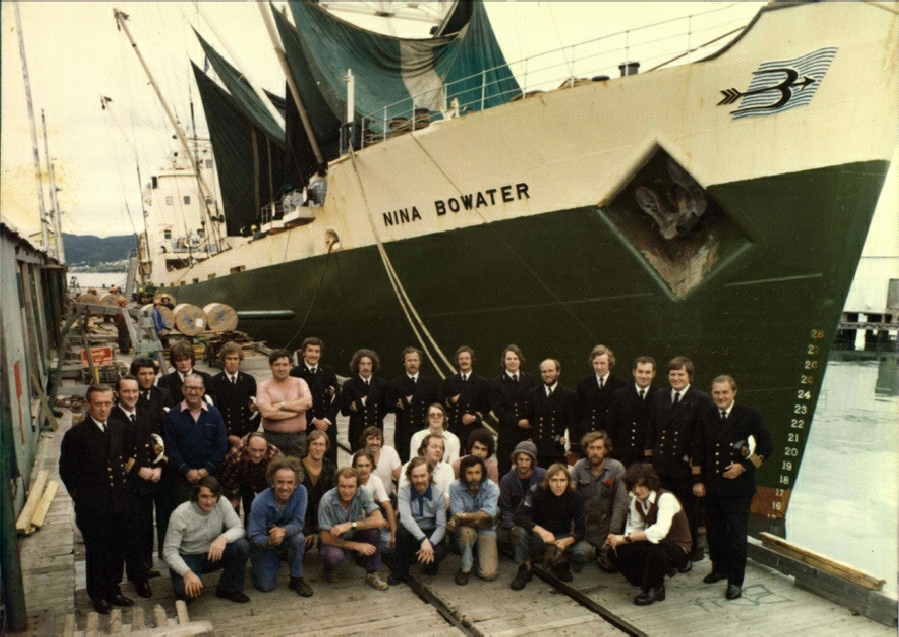 On the extreme left is Capt Colin Gowans, next to him is Chief Officer Richard Mennell 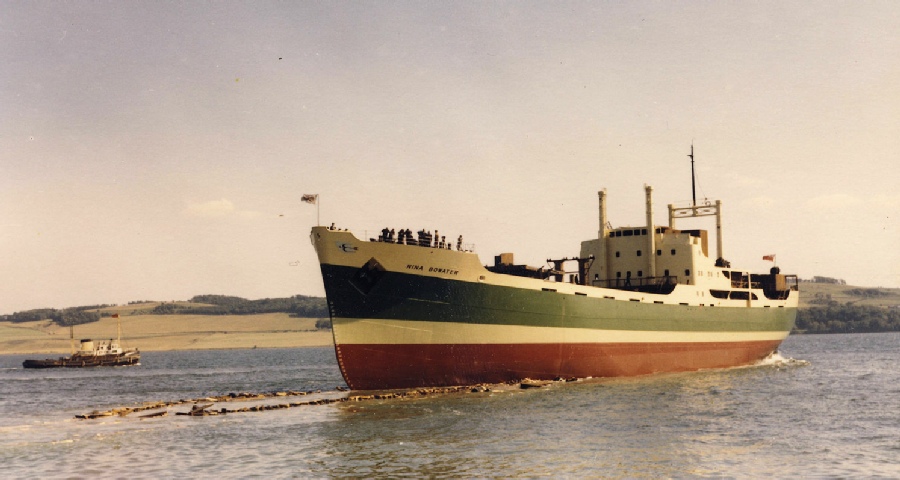 In June of 1980 I was on a Canadian ship in Tampa Florida. when a Panamanian ship was towed into Tampa Barge Services.

It had anchored outside the port and when Coast Guard went to find out why?  They found the crew starving and out of money. Abandonded by the owners. It was in good condition with no rust.

Under the green hull paint was the raised lettering of "Nina Bowater". The authorities said that the machinery was in good order.

What happened to her afterwards I do not know. 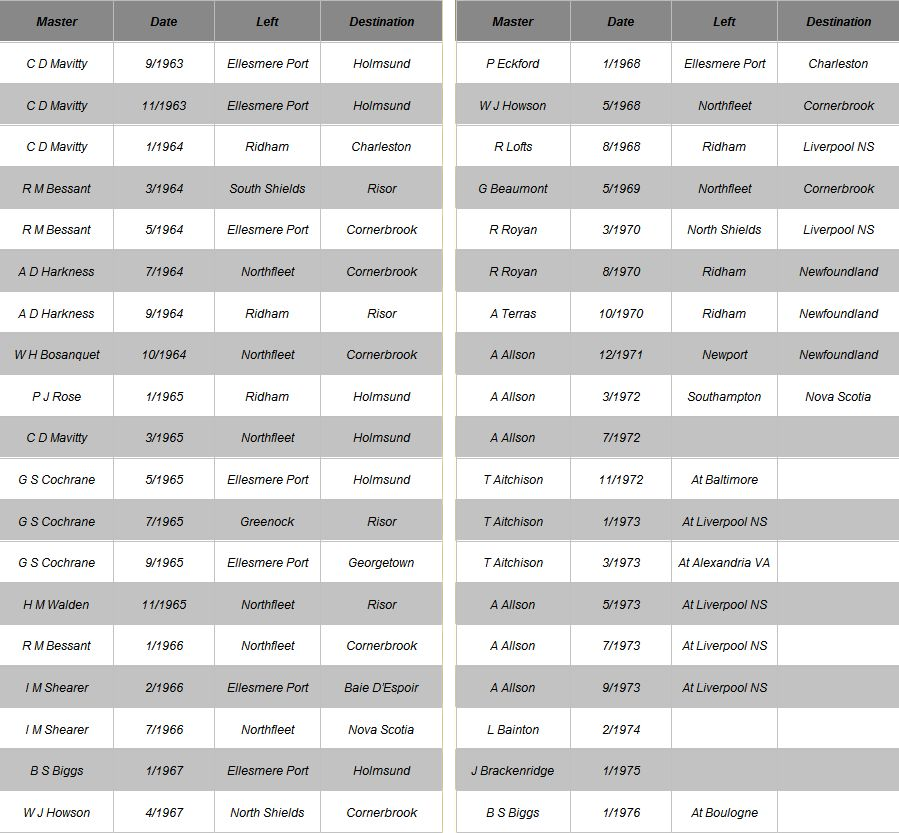 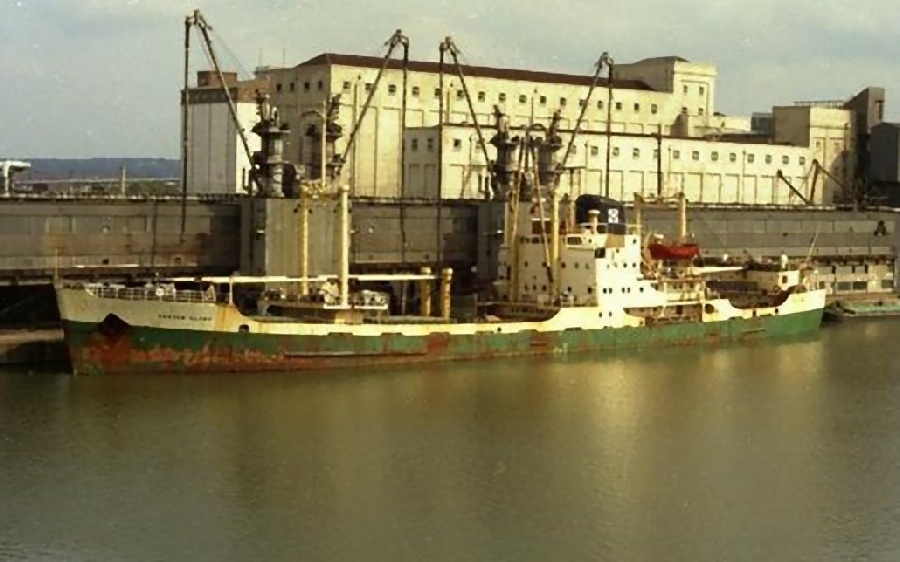 In The St Lawrence Seaway

Nina Bowater in The Mersey 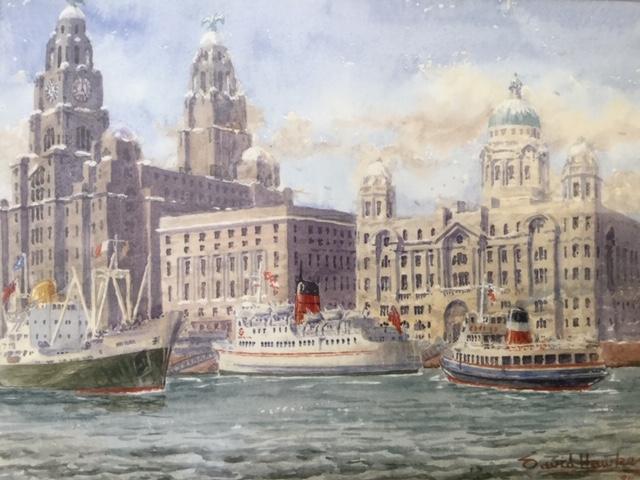