Nicolas Bowater was the Company Flag Ship and was the most interesting as she was a single screw 2 stage steam turbine vessel capable of being ready to manoeuvre from dead ship in just 40 minutes and be full away in under 2 hours.

This is only surpassed by the Royal Navy Frigates with Rolls Royce Gas Turbines to assist instant get-aways. A throw back from the WW2 attack on Pearl Harbour when the American Fleet could not get under way to avoid the Japanese attack.

Most other steam turbine ships require upwards of 12 hours to prepare for sailing. Another feature of the Nicolas was that standby's and manoeuvring were done single handed, rather like driving a high powered sports car.

Most vessels require to be warmed up to prepare them for the off including motor vessels. However I do believe that the creation of the Nicolas Bowater was some sort of test bed for the design.

The main secret of the creation was turbines were equipped with warming steam nozzles which allowed the first whispers of steam to be applied quickly followed by being kicked over by the first bit of pressure generated.

I actually had the experience of going through from dead ship after we had returned from the States to be put on the buoys at Northfleet until there was an available berth. The next morning, out of the blue, with no prior notice the word came to get under way to go alongside. So from deadship we did the deed.

One other feature which played a part was the air atemporated super heaters in the Boilers which allowed for maximum burner operation without burning out the super heaters. Steam was usually at the air cocks within 15 to 20 minutes and at the turbine heater nozzles in 30 minutes.

The turbines themselves, HP and LP, were amazing to operate, it was possible to close the ahead steam valve at full ahead revs and before the shaft revs had dropped very much it was possible to open the astern steam valve effectively putting a braking force into the turbine. The revs would wind down very quickly followed soon after by the astern rotation. Most steam turbines would suffer serious blade damage were you to attempt this. Seeing is believing.

As I say the Royal Navy were always anxious about rapid departures and I would not be surprised to find that they had a vested interest in the development behind the scenes.

In later years I worked for John Thompson Water Tube Boilers Ltd as a commissioning testing and operating engineer. This led me to some commissioning work on the Tribal Class Frigates of the day which were fitted with gas turbines for instant departures followed by the main steam turbines asap. 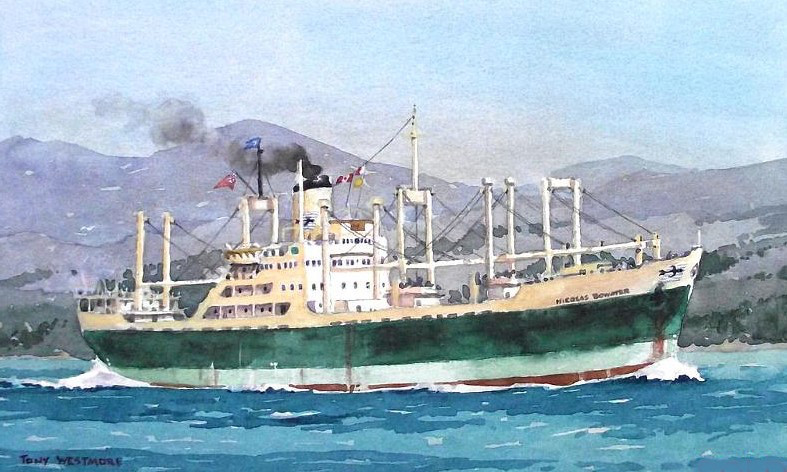 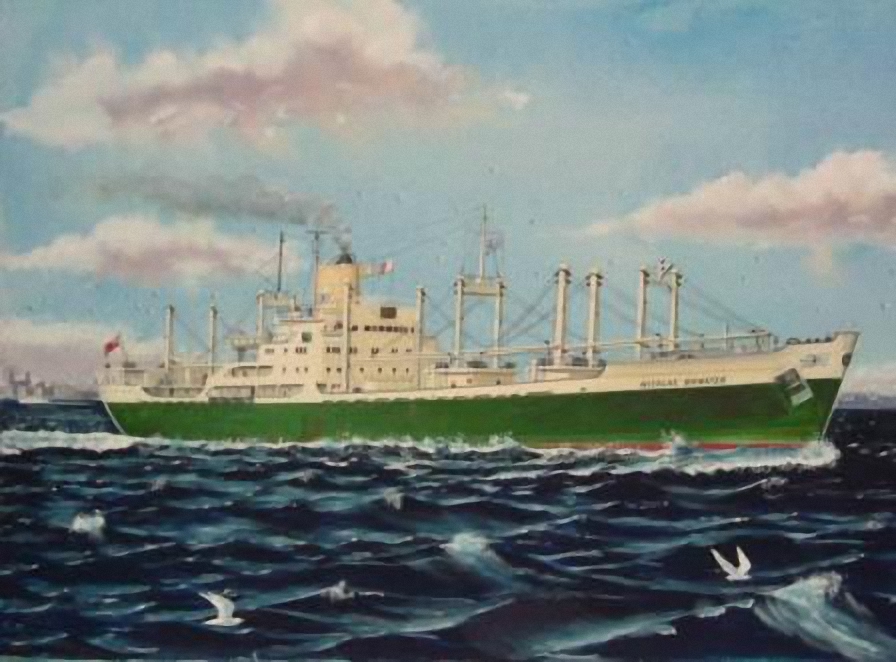 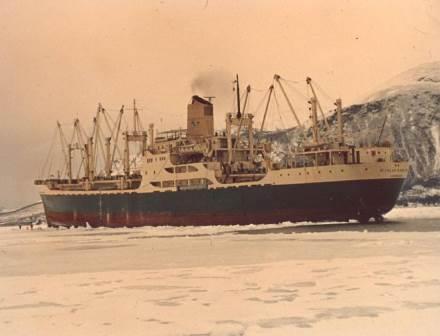 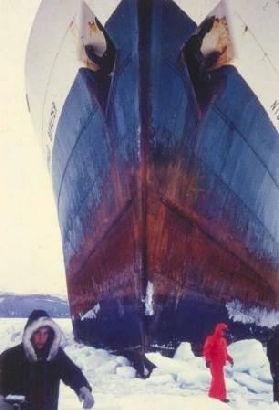 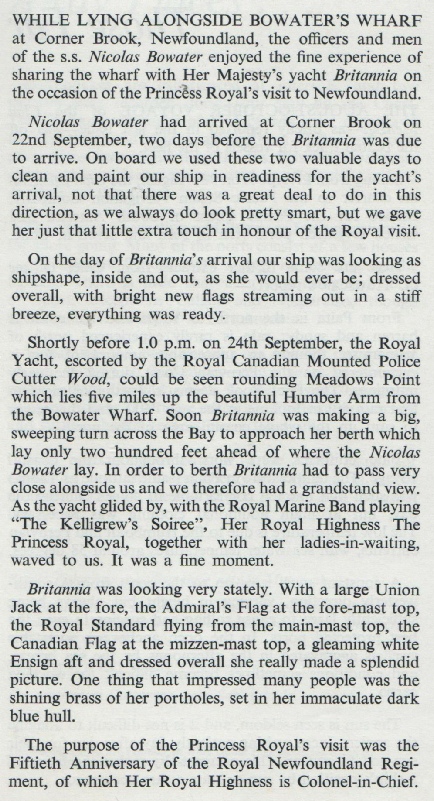 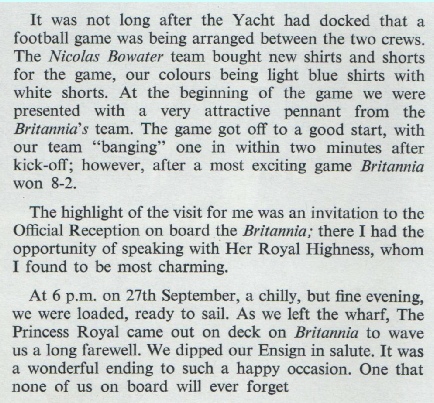 A watercolour by Tony Westmore

Stuck in the Ice