Sister of the Rhodesia Castle she was delivered at Southampton on 18th February 1952 but undertook a 14-day cruise to the Canary Islands before sailing on the London - Cape via Suez service.

In 1958 she had her funnel re-modelled and in 1960 had her accommodation altered to cater for 442 One Class passengers.

The British National Export Council considered her for an exhibition ship in 1966 but the idea came to nothing.

On 22nd April 1967 she was laid up in the River Blackwater and was later sold to the Greek Chandris Line and renamed Amerikanis.

Converted into a 920 passenger One Class ship she sailed on her maiden voyage for her new owner on 8th August 1968 from Pireaus - Messina - Naples - Lisbon - Halifax - New York.

After three line voyages she cruised out of New York to the Caribbean during the following winter , an operating pattern that was repeated in 1969.

In 1970 she was transferred to cruising only with a passenger complement of 617 and operating inexpensive 3, 4 and 7 day cruises out of US East coast ports and the Bahamas.

She was replaced on the New York - Bermuda service by the newly built Horizon in 1989 and transferred to San Juan, Puerto Rica. 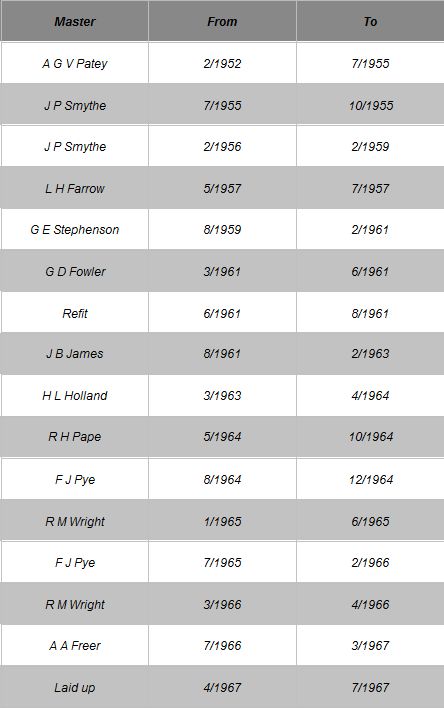 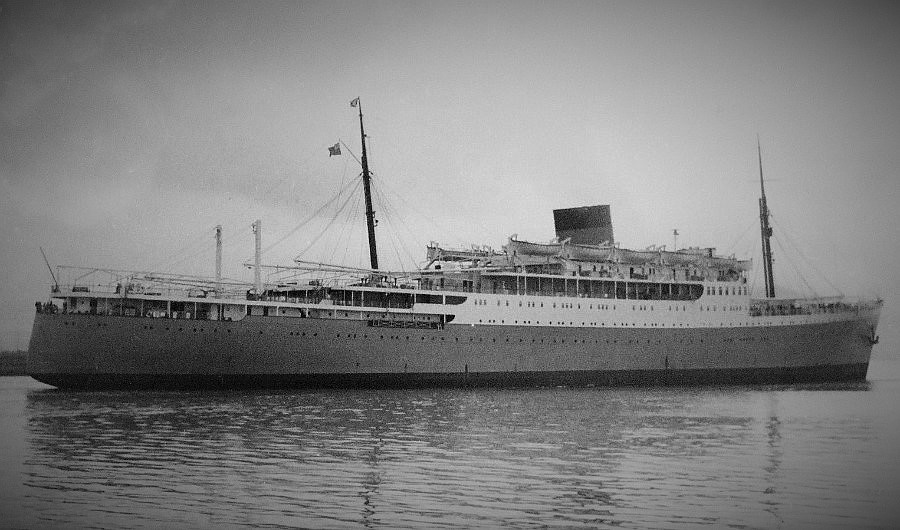 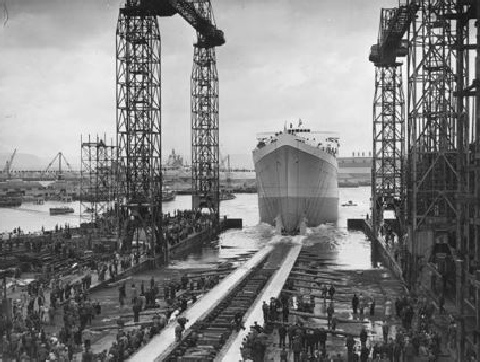 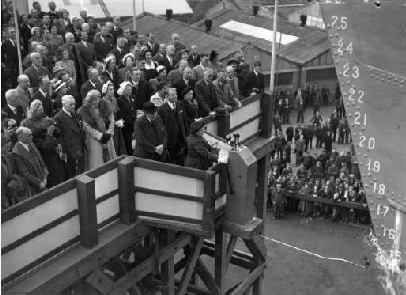 Lady Mitchell, wife of the Major General Sir Philip Mitchell, the Governor of Kenya, launching the Union Castle liner 'Kenya Castle' at the Harland and Wolff shipyard in Belfast 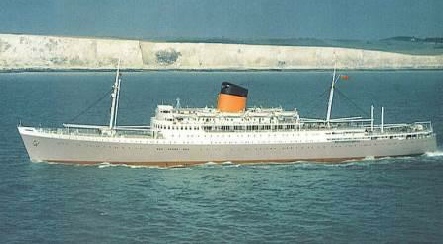 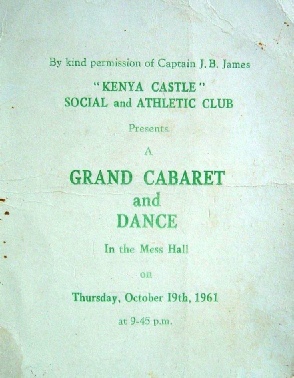 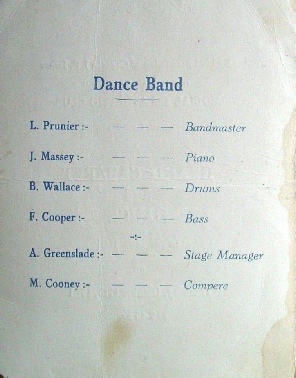 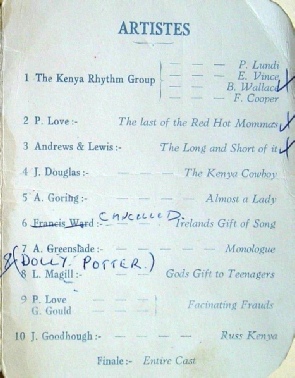 The “Sod’s Opera” was a regular feature of the entertainment on both the Intermediates and the Mail Ships and were enjoyed equally by  passengers and crew.

This is the first time I have ever seen a properly printed and features a gentleman that I sailed with when I was 3/O in Tantallon Castle and he was Head Cook. Arthur (Call me Martha) Goring. 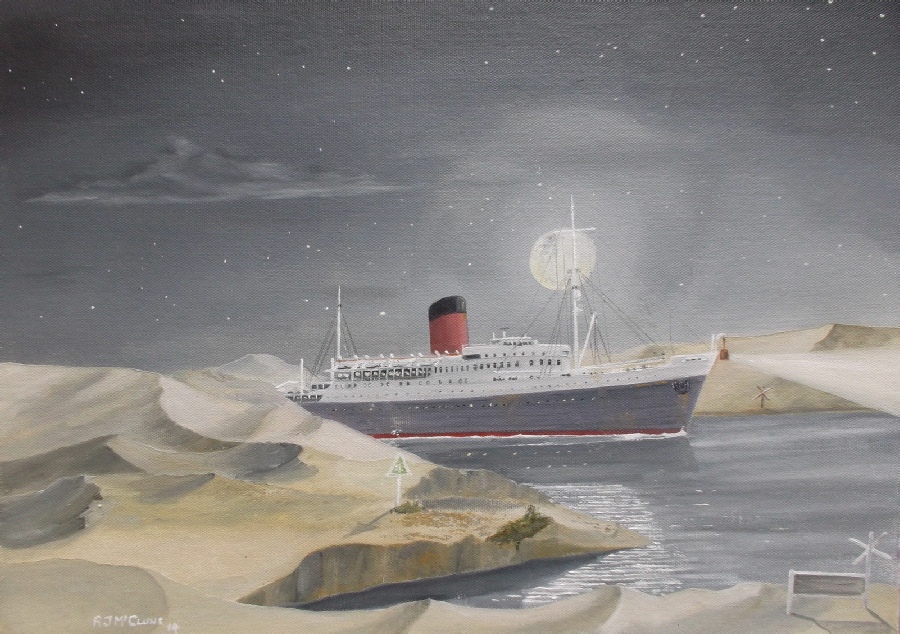 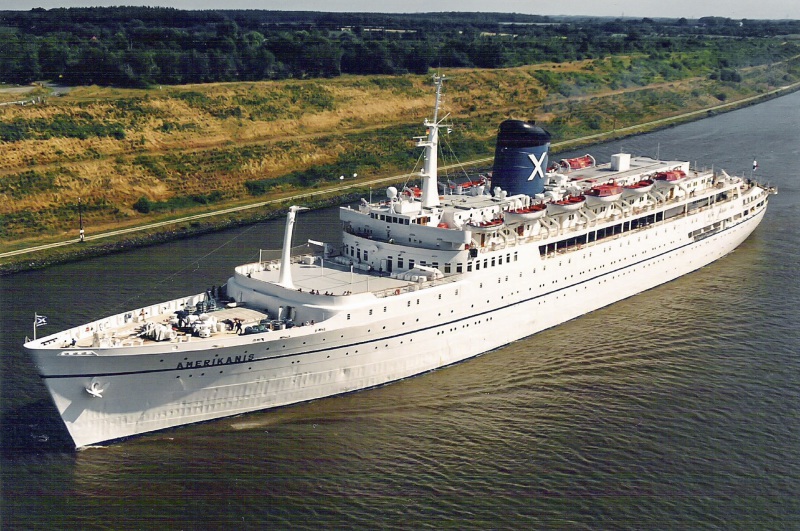 As Amerikanis in The Kiel Canal 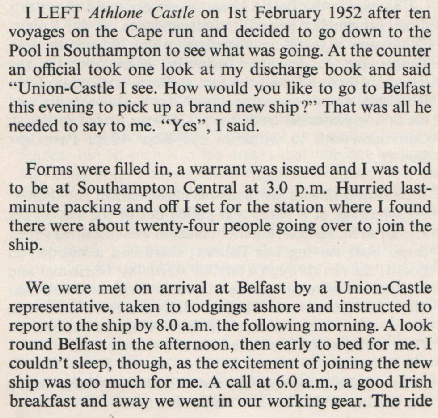 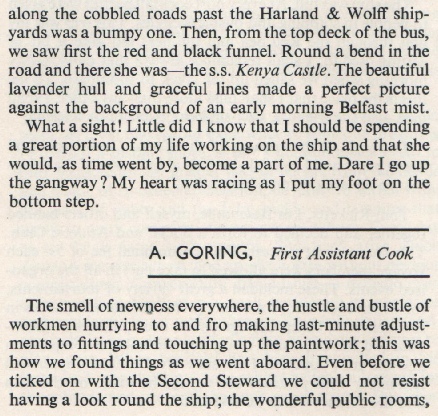