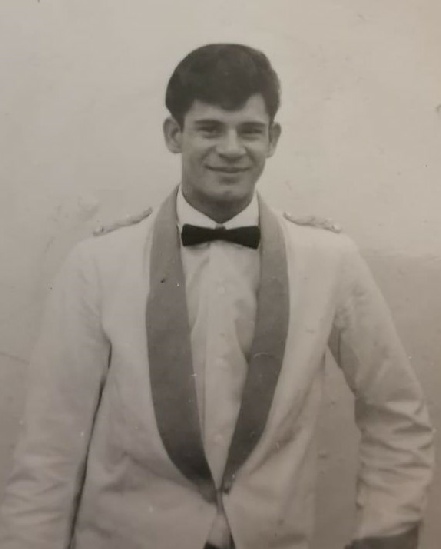 Thank you so so much for responding to my email. I fully understand your not wanting to just respond to anybody.

I was 5 or 6 years old when Edward died. He was the apple of my grandmother eye (Freda), she never spoke of him or would relay any stories about him, most of the information we have we got from my Mom (Elfreda, her nickname Dinkie), as a family we are trying to apply for Ancestral visa's, hence the reason for starting our family tree, my Mom passed away recently, but the info we did get from her was that he worked on the Nina Bowater and he changed his surname to Hamilton due to conflict with my grandfather, Edwards father (Eddie), he no longer wanted to have to same surname as him.

I have pics of him growing up and birthday cards he sent my Mom while looking through her things after she passed recently.

He is family and part of my heritage and i would really like to know his story or anything you can tell me about him or how or when he passed.

I know it will bring up a lot of old memories for you, but i am really hoping that you would share any information of my Uncle you may have.

Thank you for your time.

I sailed with Eddie in 1969 aboard Rotherwick Castle

I was Second Officer and he was one of two Assistant Stewards, the other was a South African named Dallas Sutton (died 2019)

Eddie had previously sailed on one or more of the passenger ships and was unashamedly gay. He regarded himself as one of Union-Castle's Royal Family in the gay community, he even had a "royal" title (I cannot remember what it was except that he was one of the princesses)

Eddie and Dallas were very popular on board because of their flambouyant personalities and for their contientious attention to their duties.

Both of them were ambitious to advance and were keen to talk as often as they could with officers to get advice on how to progress their careers.

Although Eddie's job was to serve the officers he was never subservient.

I recall one moring in Durban he sought me out and wanted to confide something. The previous evening he had been on a run ashore and had enjoyed the company of a young lady.  He was in such a state and wanted my advice as to whether he should visit the Queen of The U-C Royal Family that by chance just happened to be on Pendennis Castle that was also in Durban at the time. I advised him that it was just the once and we all do things from time to time that are best put to one side.

We sailed together on Rotherwick Castle for about 9 months and at the end of the voyage we went separate ways.

I know that in September 1970 he joined Tantallon Castle as 2nd Steward (first step forward in his pursuit of advancement) what happened to him after then is just rumours.

I heard that Eddie was sunbathing on the foredeck when a wave came over the bow and he was washed overboard and lost.

I have sent a message to a friend of mine who was on board Tantallon Castle at the time and as soon as he replies I will relay his story to you.

Once the story is known I would like to include his sea going history on the B&C web site.

Thank you so so much for writing back to me, it really means a lot, I was 3 years old when I last saw Edward and his parents never spoke of him, we were not allowed to ask questions, i have always wanted to know about him.

We finally found his birth certificate online but no record of his death or how he died or where, i am even prepared to write to Scotland Yard and ask who deals with cold cases that could perhaps assist me, so if you need his full names for your article let me know, i know he added Hamilton to his name years later due to issues with his father, he did not want to be associated with the surname.

I never knew about him being gay but that does not bother me, his family and I want to find out all I can about him.

I hope these photos will suffice, I have more if you need them.

I will keep you posted if I find out anything further and hoping your friend responds with more information.

Once again, thank you so much.