This well-known line of steamers was established in 1875 by Mr. R. P. Houston, Member of Parliament for the Toxteth Division of Liverpool.

Like many other undertakings which have grown to gigantic dimensions from small beginnings, this firm started in a modest manner with one small steamer. This was the steamer ATHLETE, followed in the year 1881 by a larger steamer, the HERCULES, built by the Whitehaven Ship Building Co., and engined by Messrs. J. Jones & Sons, of Liverpool. She was a vessel of 742 tons net register, and 1,155 tons gross register, her principal dimensions being, length 212 feet, beam 34 feet and depth 16 feet 6 inches. Her engines, which were of 150 nominal horse-power, were compound. These two vessels were not engaged in any regular trade, but ran wherever profitable freights could be obtained, and chiefly to Java and Eastern ports. Becoming too small for Messrs. Houston's requirements, they were sold. All the succeeding vessels of the fleet, of which there have been a great many, have been named after Greek mythological deities or Roman celebrities, each name beginning with the letter " H."

Although already very busily engaged with large contracts for the conveyance of material to the Panama Canal Co., and the West African Co., Mr. Houston, believing there was ample room for a new line of steamers to the River Plate from Liverpool, decided to enter upon that trade in the year 1884.

New steamers were designed and built specially for this trade, and so energetically and successfully was the trade worked that, although severe opposition was encountered at first from the existing lines, in a short time not only were Messrs. Houston's steamers fully occupied, but many steamers had to be chartered to meet the rapidly increasing traffic, since which time the Houston Line has assumed very large proportions.

The first steamer engaged in this trade was the HERMES, built on the Clyde in 1882, and engined by Messrs. J. Jones and Son, Liverpool. She was a much larger vessel than the HERCULES, her gross register being '2,175 tons, and her principal dimensions 290 feet in length by 40 feet beam and 22 feet depth.

The following year (1885) a larger boat than any yet built for the firm was added to the fleet. This was the HELIADES, built by Richardson, Duck & Co., Stockton. She was 320 feet long, and of proportionate beam and depth. Her gross register was about 3,000 tons, and she was fitted with triple-expansion engines by T. Richardson & Co., of West Hartlepool, with which class of engines all the succeeding steamers have been fitted. 4 sister ship, but having more powerful engines, the HERACLIDES was launched for the firm in July, 1888. 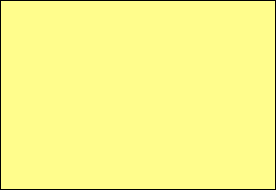 She was followed in 1889 by the HIPPOMENES, built at Belfast by Workman, Clark & Co., and the HYDARNES and the HELLOPES, built at Port Glasgow by J. Reid & Co. These steamers, like their immediate predecessors, were each of about 3,000 tons gross register, and were all practically of the same dimensions. The whole of these four steamers are fitted with refrigerators for the carriage of frozen meat from the River Plate.

Mr. Alfred S. Collard, a gentleman with a large and varied experience in the River Plate trade, and one thoroughly conversant with the working and requirements of an important steamship line, joined Mr. Houston as partner in 1893.

During the closing years of the last and beginning of the present century the quantity of railway rolling stock and plant for shipment to the River Plate was so great that it was not an uncommon event for the Brunswick Station of the Cheshire Lines Railway to be almost entirely blocked with wagons of railway material consigned for shipment by the Houston Line. So large were some of these packages, they could only be brought through from the manufacturers on Sunday, it being impossible to convey them on the railway while the ordinary traffic was being carried on. In 1898 Messrs. Russell & Co., of Port Glasgow, built two sister ships of over 3,500 tons gross register for Messrs. Houston. These were the HERMINIUS and the HORATIUS.

The year 1899 was an important one in the firm's history. In that year the trade between New York and the River Plate was entered, and since that time a regular service has been maintained, the pioneer steamer being the HERMES (the second of that name). She was a steel built steamer of 3,400 tons gross, driven by triple expansion engines of about 2,500 horse-power effective. She was launched at Sunderland in January, 1899, and is of the following dimensions: Length 350 feet 2 inches, beam 47 feet, depth 17 feet. She was the first of a fleet of seven similar vessels which were launched to the order of the firm during the course of that year, the others being the HONORIUS, HORTENSIUS, HYADES, HYDASPES, HYLAS, and the HYANTHES. The following year, the last of the 19th century, saw one more steamer, the HOSTILIUS, added to the Line. Frequent as were the additions to the Houston Fleet, they were not sufficient to keep pace with the expanding trade, which increased so rapidly that many outside steamers had to be chartered.

When ex-President Kruger sent his fateful ultimatum to the British Government, which resulted in the South African War, Messrs. Houston &: Co. were amongst the first to offer their steamers to the Admiralty for the conveyance of troops, horses, mules, fodder. It was of the greatest importance that ships should be fitted up for the transit of troops and animals for transport purposes as quickly as possible, and this was carried out by the Houston Line with eminent satisfaction to H.M. Government. The principals and the staff workednight and day, and spared no efforts in despatching quickly the men, horses and stores so urgently required at the seat of war. Large numbers of horses, mules and stores were carried by the Houston steamers from the United Kingdom, the Continent and the United States to the various South African ports with a gratifying immunity from loss.

It may be stated here that the senior partner of the firm is an expert engineer, and that all the steamers built for his firm, and which have been so remarkably successful, have been built from specifications and designs drawn up by him. As has been stated, many of the steamers are fitted with refrigerating machinery for the conveyance of frozen meat, and are regularly employed in this trade. These steamers are favourably known for the excellent condition in which they deliver their cargoes, and in order that the live stock should be landed in the very best possible condition, the steamers were fitted up with permanent cattle fittings, and made in every way suitable for successfully carrying live stock.

The Houston Line River Plate steamers take cargo from Glasgow, Liverpool and New York for Montevideo, Buenos Aires, Rosario,  without transhipment, which is a very important matter in the opinion of shippers.

It is a matter of common knowledge that a very serious fight is being waged (1903) in the South African shipping trade, owing to the entrance therein of the Houston Line. In July, 1902, sailings from Glasgow, Middlesbrough, Bristol, Liverpool and London (as well as from New York) to Cape Town, Algoa Bay, East London, Durban and Delagoa Bay were announced by the Messrs. Houston.

The Steamship Lines then engaged in the trade had formed a Conference or "ring." The members of this "ring" are the Union-Castle Line, the Clan Line, the Bucknall Line, the Harrison-Ellerman Line, J. T. Rennie & Co., and Bullard, King & Co., forming the strongest shipping ring ever known. It is this shipping “ring" that the Houston Line is opposing.

Great public interest in the struggle has been excited by the many angry and strongly worded letters from shippers which have been published from time to time in the current Press regarding the modus operandi of the " ring." Tactics of such a character have been adopted by the " ring " as will, we understand, form a subject of an action in the Courts of Law, as they have already provoked discussion and protest in various Chambers of Commerce, and have even been discussed in the House of Commons.

From present appearances the Houston Line is growing steadily in favour of shippers to the Cape ports, and having now been in the trade for over twelve months it must have secured a firm foothold. Certainly shippers and merchants generally welcome and support this "Line" as having a beneficial influence upon the trade between this country and our South African Colonies.

The latest built and largest steamers of the fleet are engaged in the Cape service. Amongst them are HYACINTHUS, HALIZONES, HYDASPES and HYPATIA, with an average dead weight carrying capacity of about 9,000 tons each.

We understand several large carrying steamers are in course of construction for the firm. As showing the great increase in the size of the firm's vessels, it may be interesting to compare the dimensions of one of the earliest and of one of the latest built ships.

The gross registered tonnage of the former was 1,155 tons, while that of the latter is over 5,600 tons.

The growth of the Houston Line has been a remarkably rapid one, and shows what ability and energy combined can do.

The fleet now consists of 25 steamers of a gross registered tonnage of over 90,000 tons, and with a dead weight carrying capacity of over 130,000 tons.

Red with black top and two black bands, it    evolved into the Clan Line funnel.