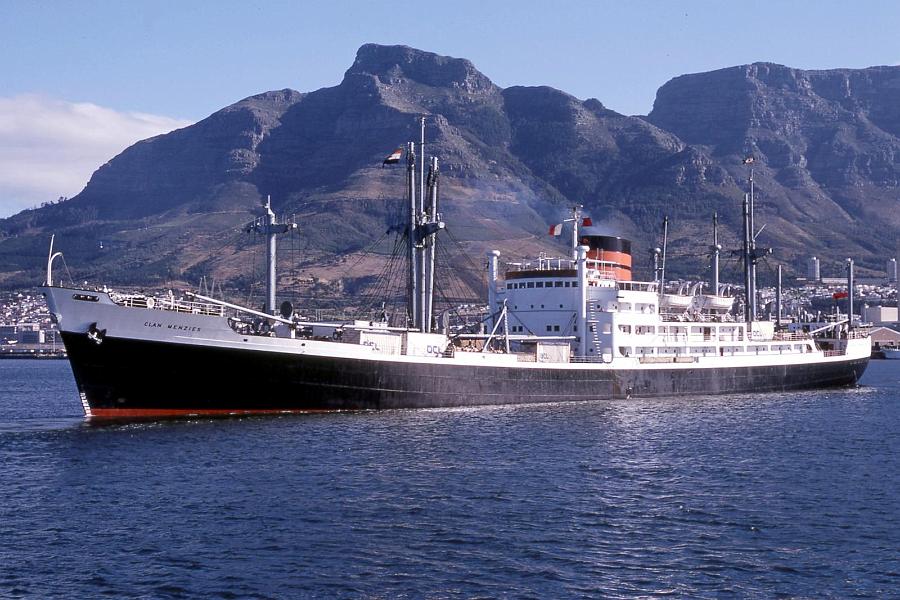 Master, Chief Officer and Cadets in 1975 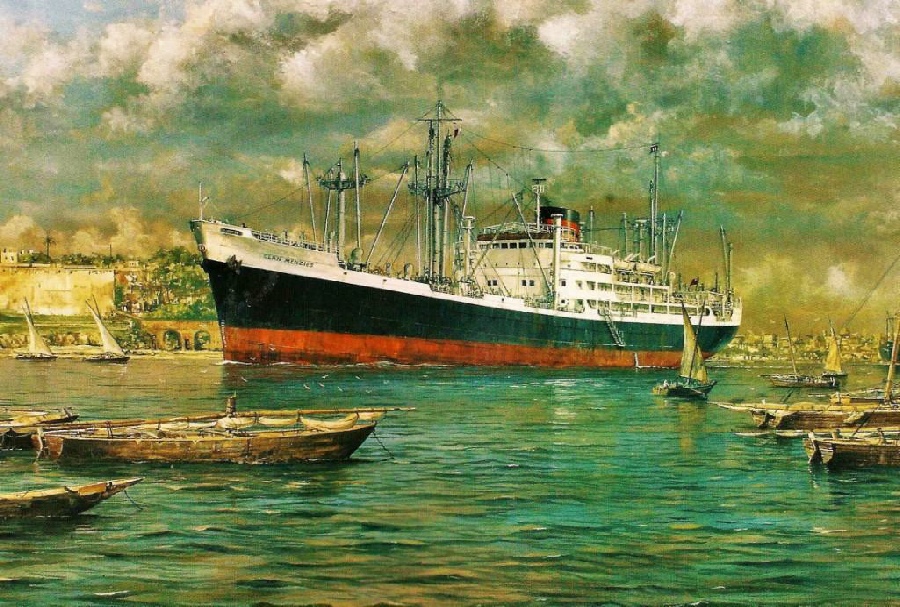 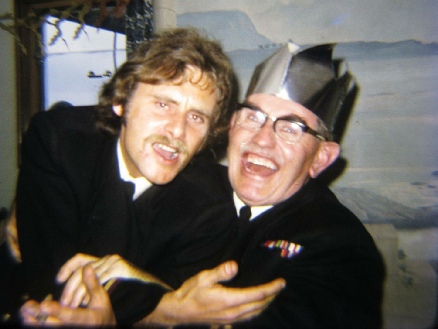 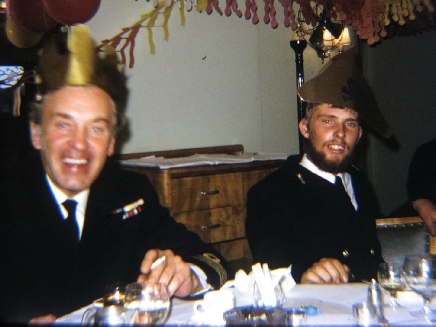 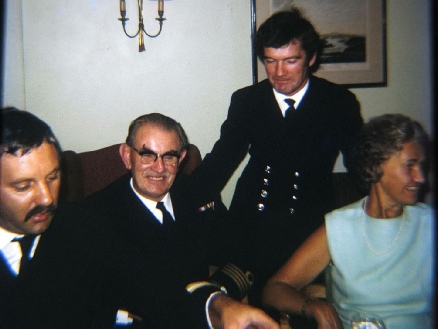 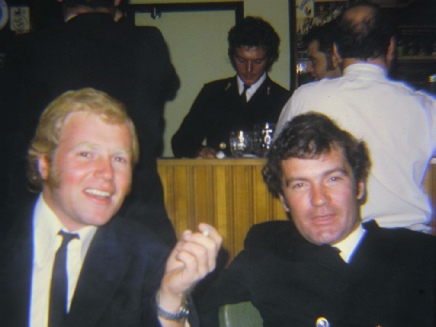 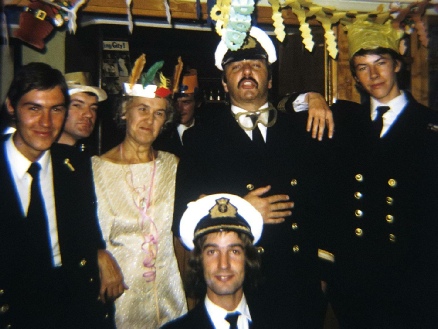 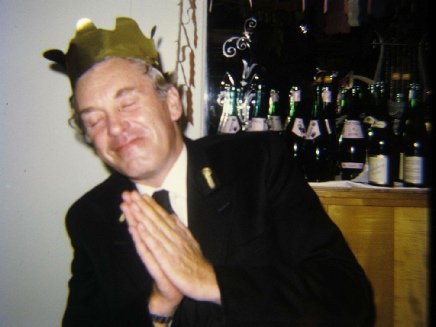 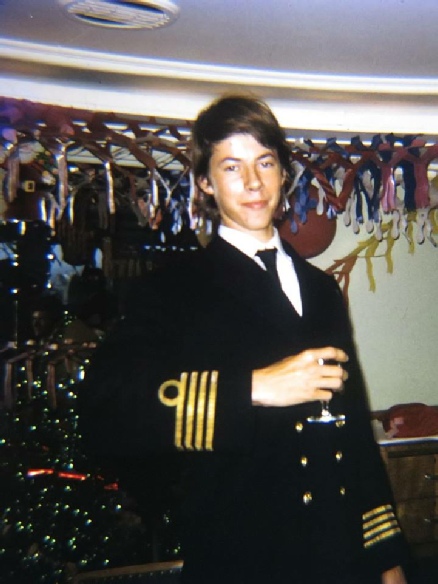 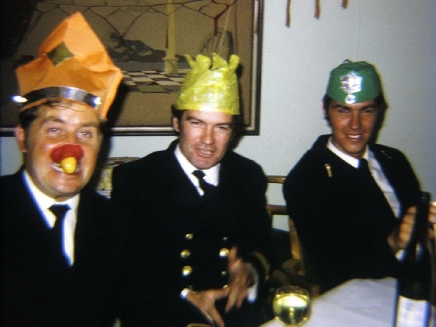 Chief Engineer John Smith getting to know one of his juniors

Captain Hedges pleading for his demotion to cadet to be reversed. An impressive array of empty bottles in the background.

Cadet Norman English getting accustomed to his rapid promotion.

I am indebted to Neil Purdon, then a cadet, for taking and submitting these photographs

By February 70, we had the situation of one half of the cadet unit undertaking their second trip, and one half their first, so the court of King Neptune was set up by the 2nd trippers, although I'm not sure if they were qualified for such a role.

We were somewhat cramped for space at No 4, the usual position for the swimming pool, by the carriage of six horses in stables, thus Neptune's Court had the addition of straw and lashings.

We had calls at Ascension and St. Helena where there are a couple of other shots of cadets. 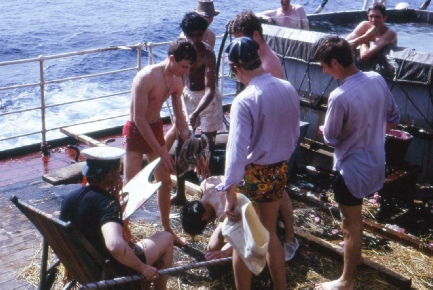 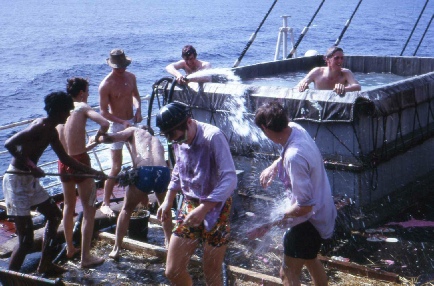 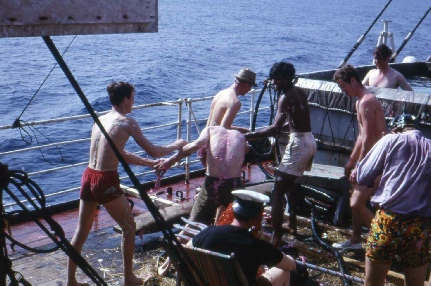 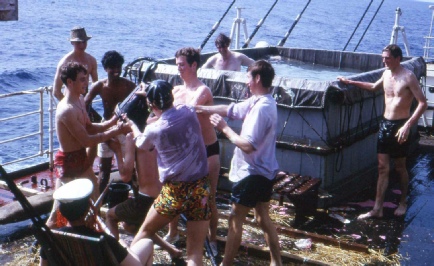 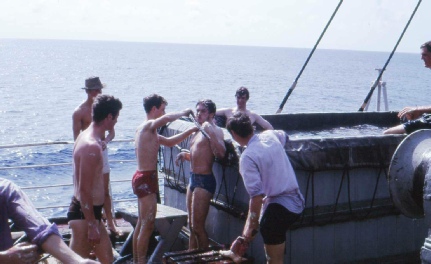 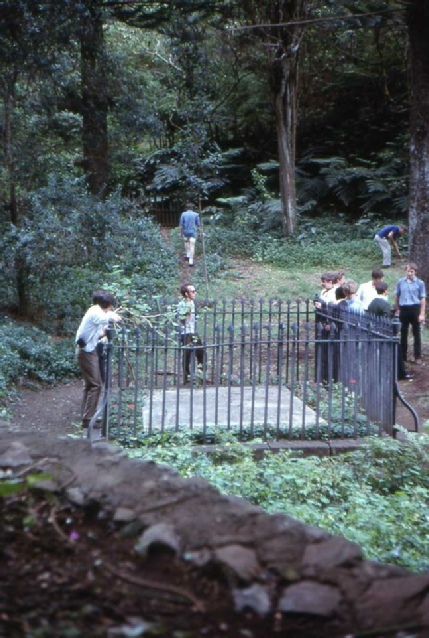 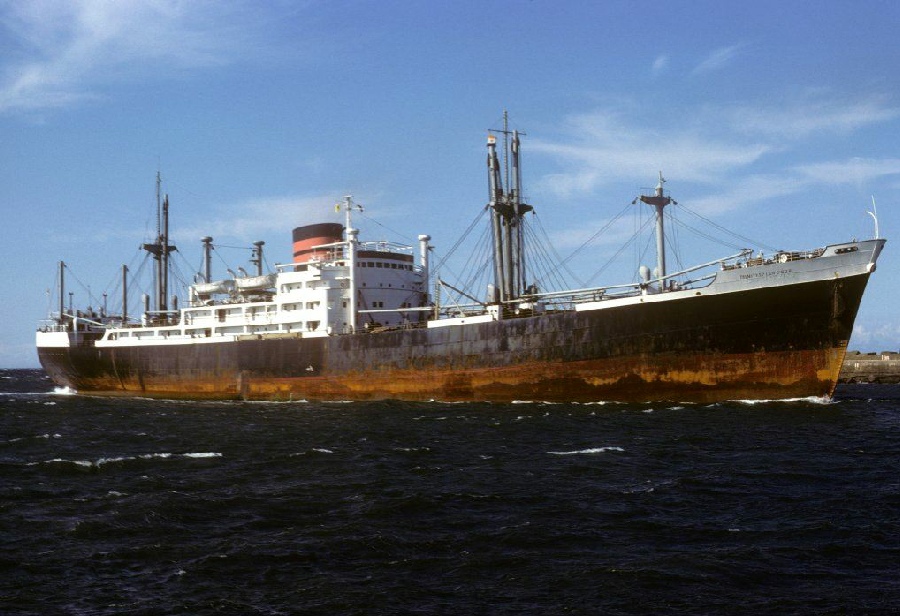 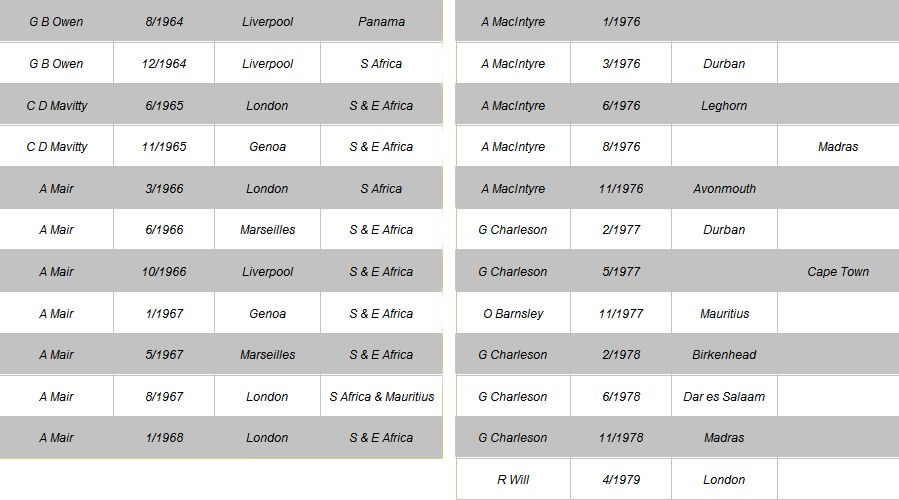 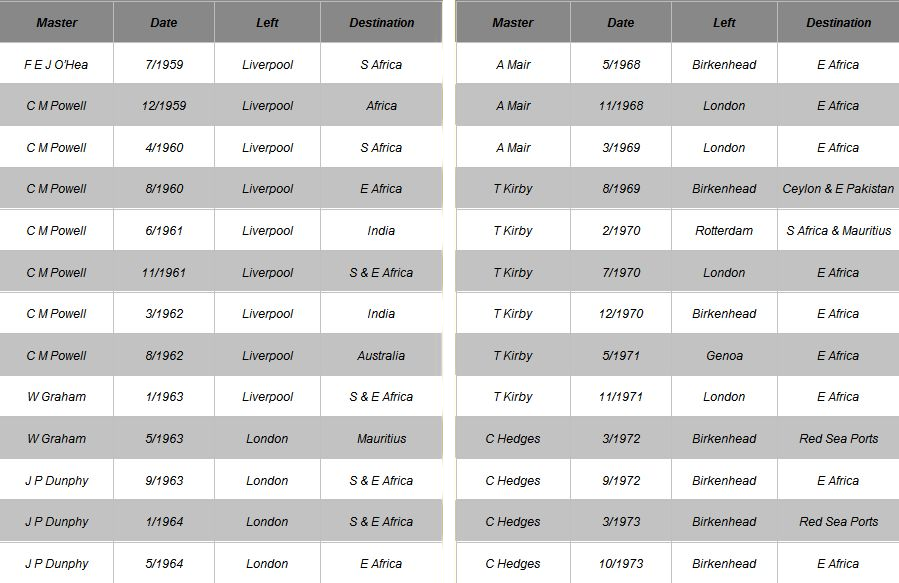