When the keel was laid her intended name was the Armadale Castle but she was launched on 24th April 1883 as the Roslin Castle initially for the mail service but later on the East coast of Africa routes.

She was renowned for her tendency to roll and was nicknamed the Rolling Castle. In 1888 she was re-engined and, at the same time, had a new stern fitted in what proved to be an unsuccessful attempt to reduce the rolling.

Her new triple expansion engine increased her speed to 15 knots and in October 1889 she reduced the Cape - Plymouth run to 15 days 22 hrs 4 min. On 5th June 1891 she carried the last mail from Dartmouth when the mail embarkation port was changed to Southampton. On 22nd October 1899, as HMT 26, she was part of the first convoy of six troopships to carry troops to South Africa on the outbreak of the Boer War being the first to arrive with part of the West Yorkshire Regiment.

She transferred to Union-Castle on 8th March 1900 following the merger. In September 1904 she was sold to German interests in the Hamburg-Amerika Line, renamed Regina, painted black and fitted out for use as a store ship for the Russian Navy in the Far East. When the Japanese broke off diplomatic relations with Russia on 5th February 1904 and attacked the Russians at Port Arthur four days later German colliers were used to coal the Baltic Fleet on its way to the Far East where it suffered a heavy defeat at the Battle of Tsushima on 27th May 1905.

In March 1905, loaded with coal, the Regina grounded on the coast of Mozambique and after the cargo was salvaged she was eventually towed back to Durban where she remained until engine repairs were made which enabled her to steam to Italy. Records show that she never served under the Russian Navy and in 1908 she was broken up at Genoa in Italy. 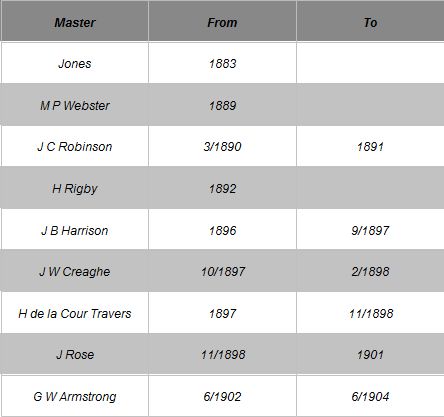 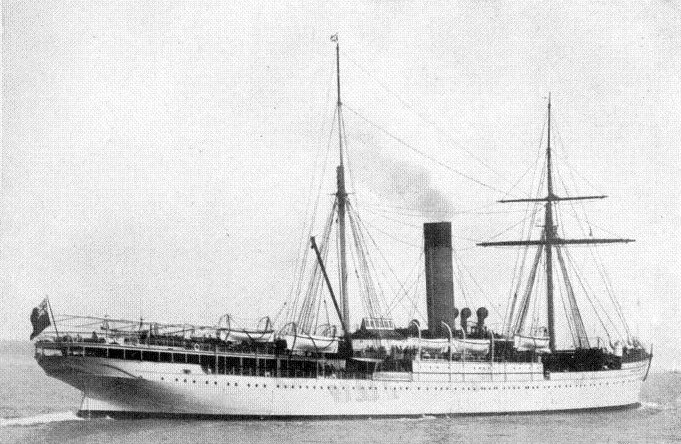