The photos show the discharge of a 90 ton diesel locomotive for Rhodesian Railways that had been loaded at Birkenhead; the body being on deck and the bogies in the hold.

Quite amazing seeing that forest of derricks and wires. I have more photos to send but I will wait until you have had a look at the ones sent. 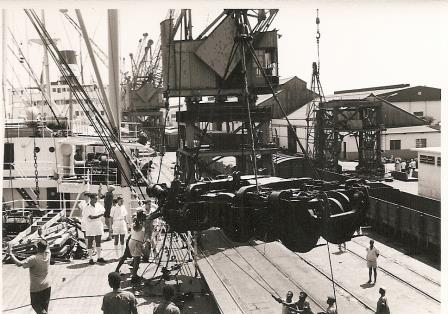 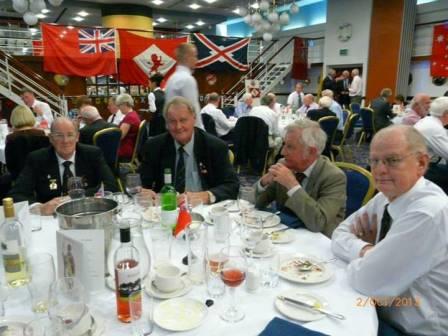 Nigel on the right

Nigel and I served together on Ayrshire in 1965 whilst she was aground on Abd-Al-Kuri.

Nigel was one of four cadets transferred to Ayrshire after she had stranded.

I met Nigel again at the Purser’s Reunion in Southampton in September 2013. He told me that he was in poor health.

I have now learned from another of the Clan Malcolm cadets that were transferred, John Wright, that Nigel passed away earlier in 2014.