She was the largest and the last ship built for Union-Castle as subsequent buildings were ordered by British & Commonwealth. Due to a dockyard strike she was named on the 10th December 1957 but not launched until 24th December.

Based on the earlier Pretoria Castle design, but considered to have an ungainly profile, her internal layout was the first to differ significantly since the Arundel Castle set the pattern.  (A matter of opinion, I think she ranks as one of the most beautiful ships to have ever been built - CNI)

She commenced her maiden voyage on 1st January 1959 on the Southampton- Cape Town-Durban mail run and was the first ship to have Stewardettes - waitresses in the dining room.

She was withdrawn from the mail run on 14th June 1976 and replaced by Blue Star's refrigerated cargo liner Andalucia Star but in Union-Castle livery.

Sold to Ocean Queen Navigation Copr. of Panama, but Philippine owned, she was renamed Ocean Queen.and arrived in Hong Kong on 9th August 1976 where she was laid up.

Originally intended as an 'upgraded' "Pretoria Castle", as usual the company was not flush with funds, she was on the stocks when the Cayzer family took over the company.

The Cayzer's were a shipping family of the old school, as opposed to the accountancy minded fraternity, they at once saw that the ship as planned would be old fashioned before she was launched.  If the company was to compete with Mr. Boeing and his 707, something very much more modern was required.

There was nothing they could do about her basic construction, she was far too gone for that, but she could be lengthened to accommodate Denny Brown stabilizers and given a more stylish profile.  Whether it was these modifications, or whether it would have happened in any event, I cannot say; the strains of the ship's hull in a seaway were taken up, in the upper decks, with expansion joints, visible as brass covers across the decks. These joints allowed the hull to flex without damage.  But the "Pendennis Castle" suffered all her life with cracks in the windows of the accommodation, clear signs that the hull was flexing more than expected.  But she was a very popular ship. 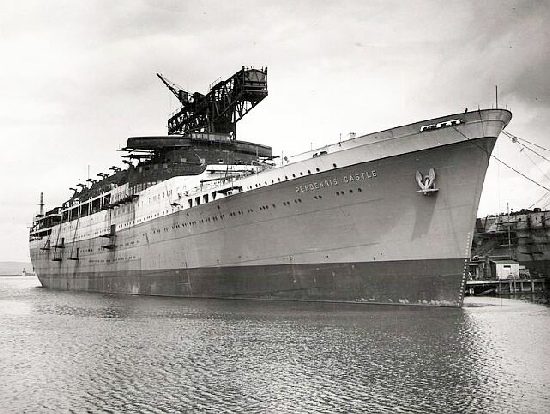 At the fitting-out berth at Harland & Wolff 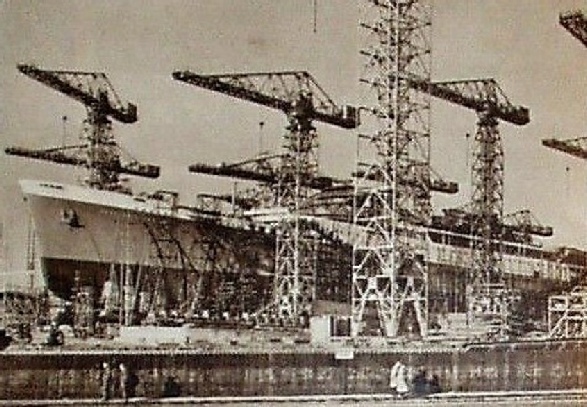 Launched without ceremony on 24 December 1957 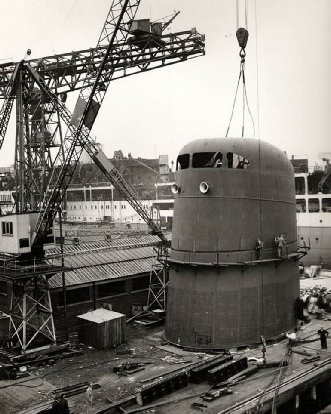 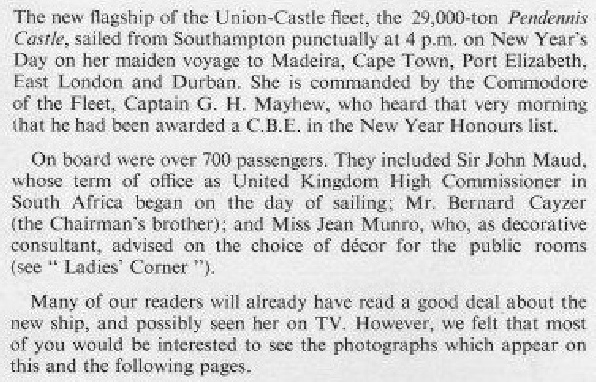 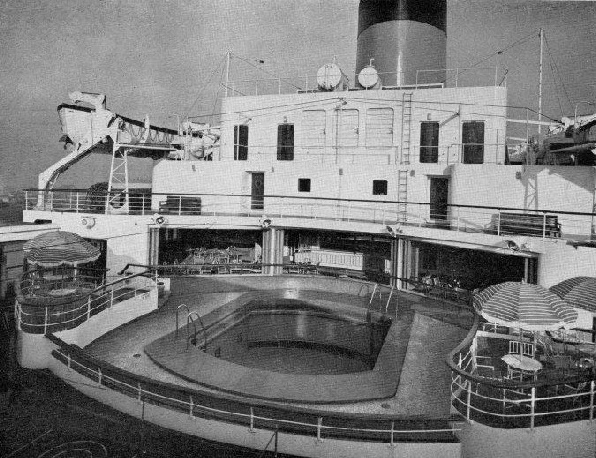 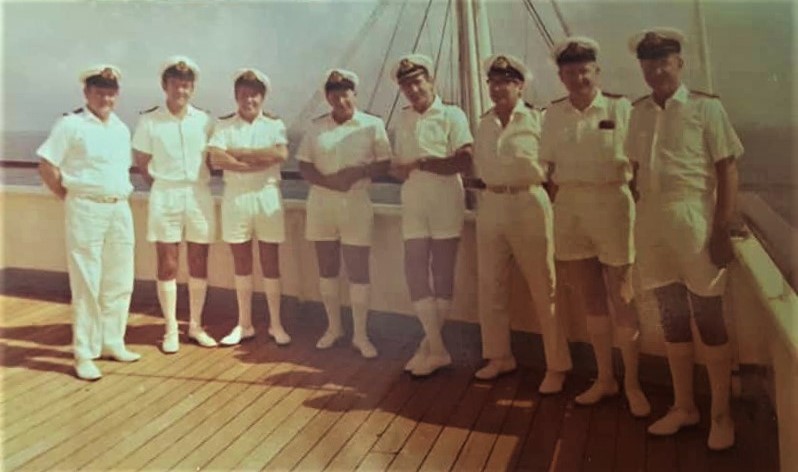 Due to the ever changing conditions, it was decided in 1976 to withdraw her and place her on the market. She made her final sailing from Southampton on April 23, 1976, and was withdrawn from the mail run on June 14, 1976.

She was sold to Filipino owned “Ocean Queen Navigation Corp.” She departed for Hong Kong on July 7, 1976, arriving on August 9. She was given an attractive new look with a white hull and a gold-brown funnel. The intention was to use her as a cruise ship, but this never eventuated.

Having been idle for four years, she departed Hong Kong in April 1980, heading for Kaohsiung, Taiwan where she was scrapped. 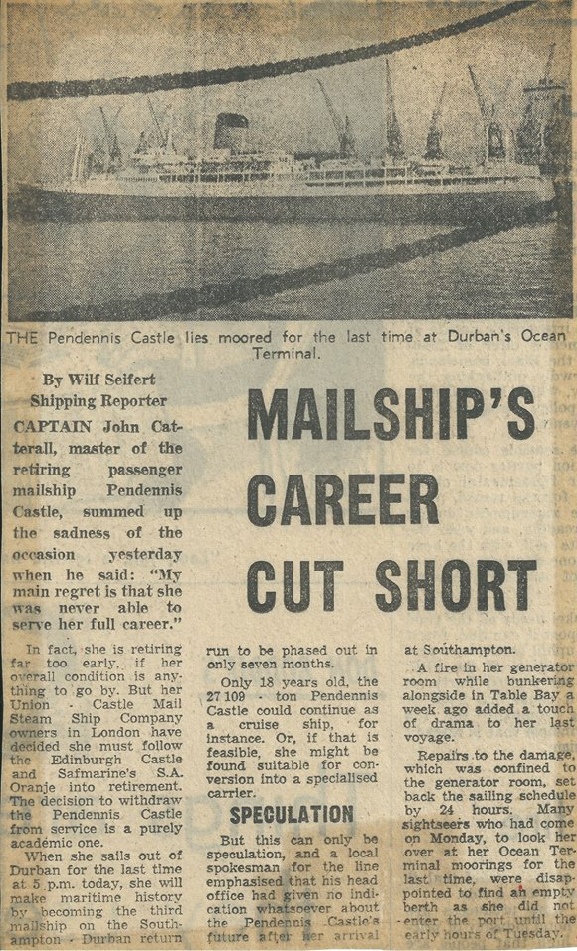 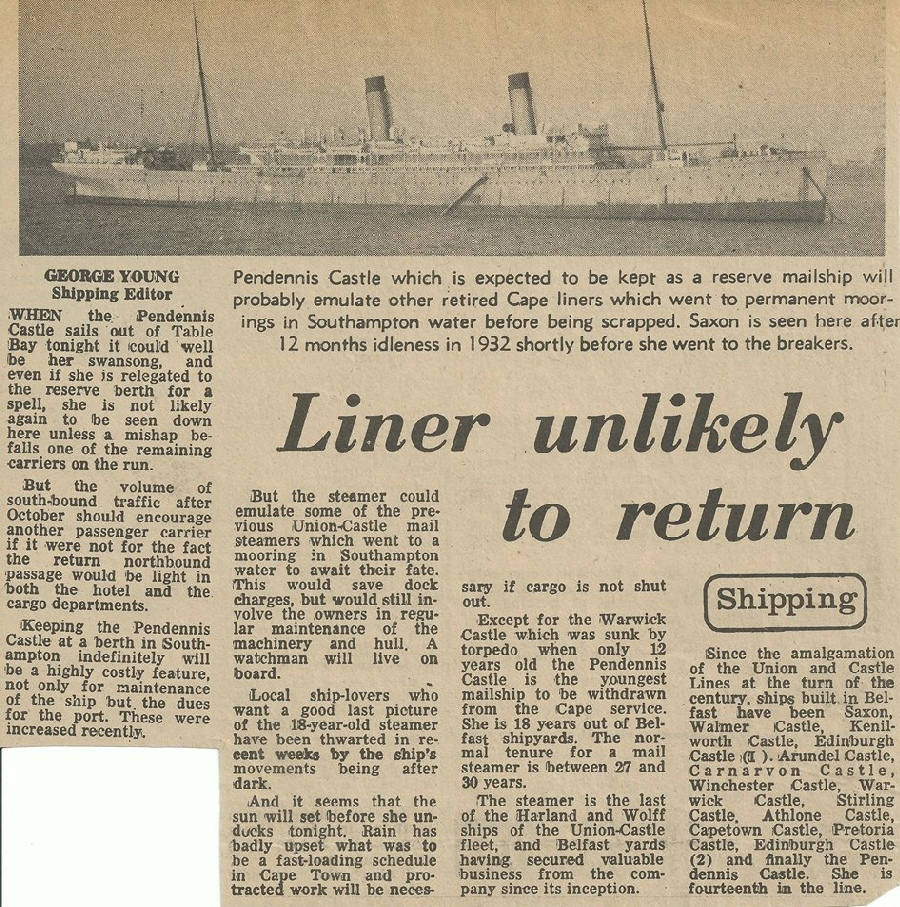 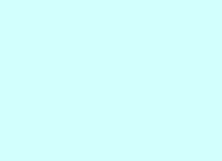 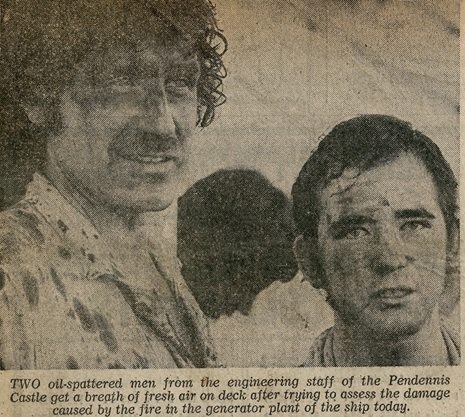 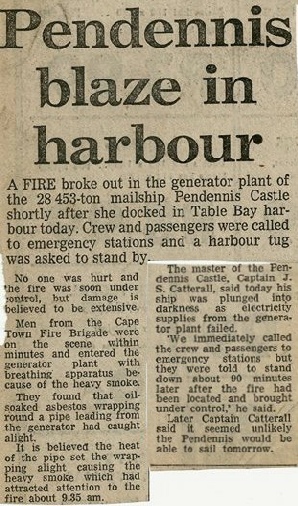 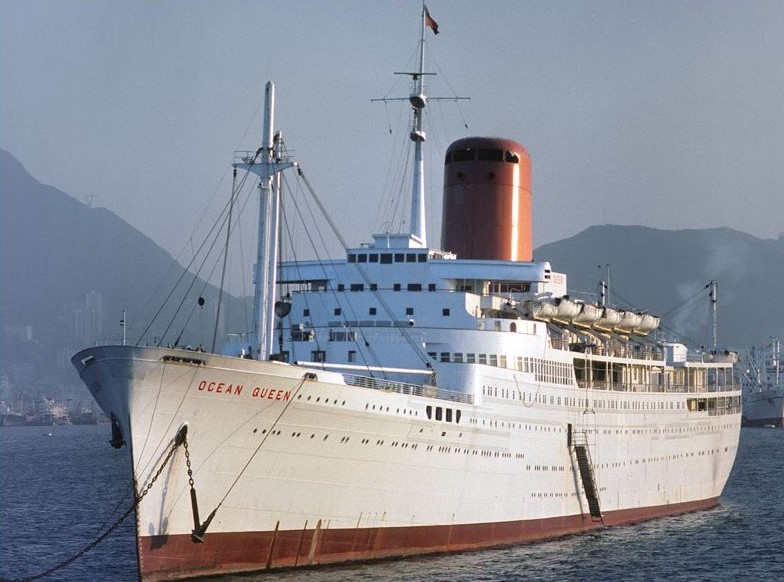 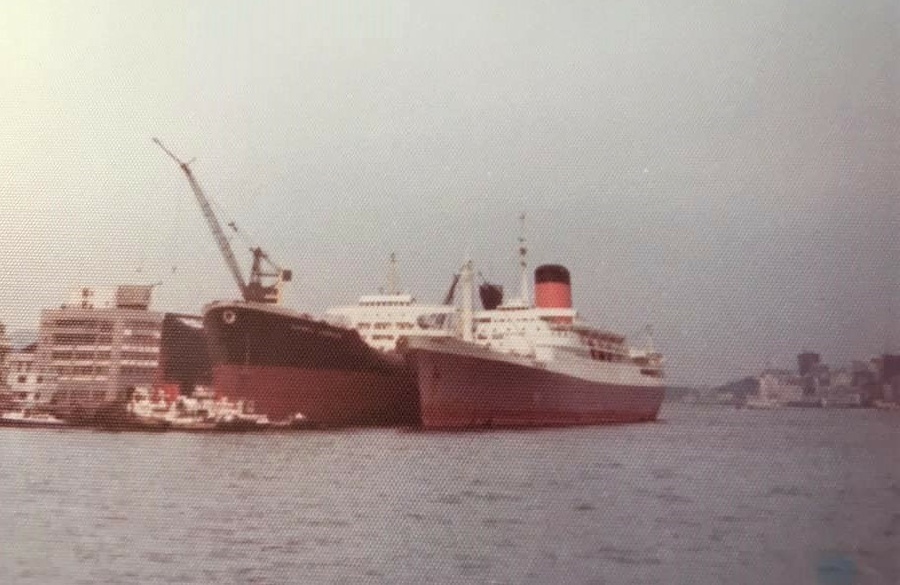 The delivery voyage over, Pendennis Castle alongside at the Hong Kong United Dockyard (HUD) 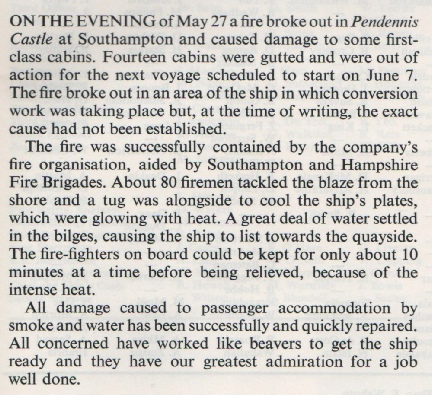 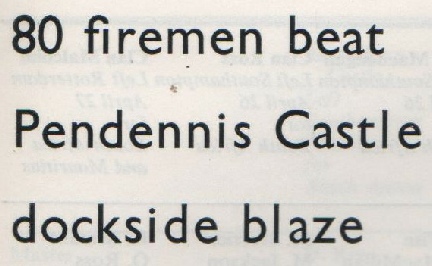 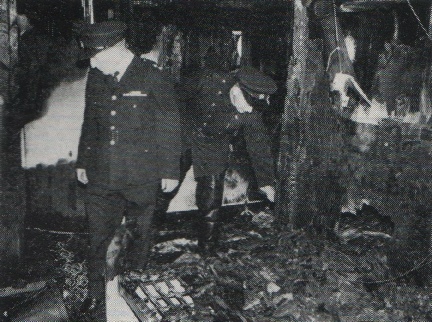 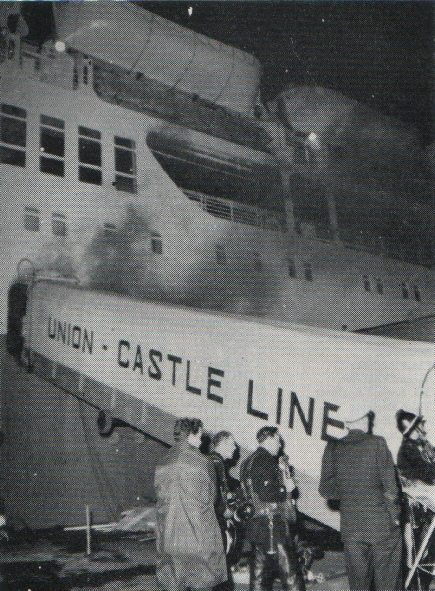 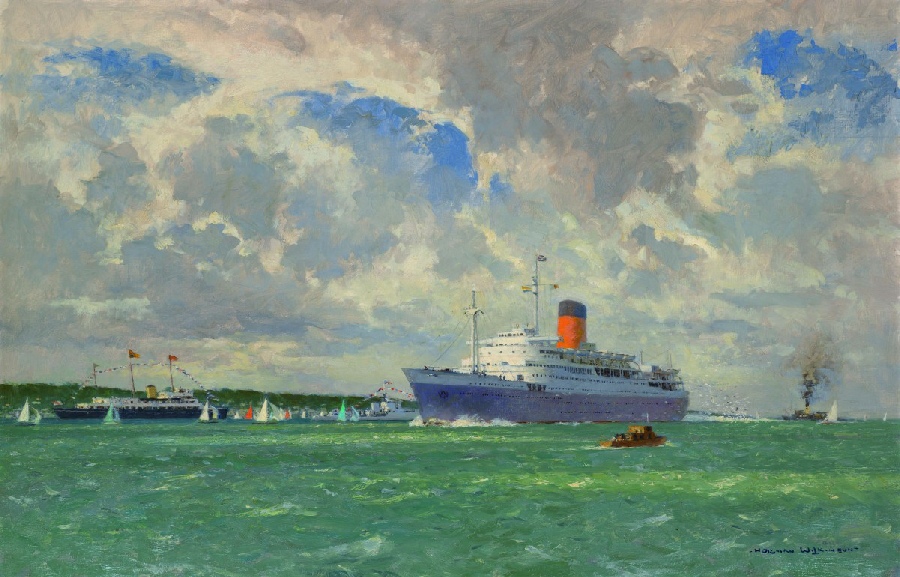 Pendennis Castle on her Maiden Voyage, 1959.

The keel of this vessel had been laid down shortly before the take-over of Union-Castle Line by the Cayzers and she was subsequently lengthened, equipped with technical innovations and given luxurious accommodation by the designer, Jean Monro. 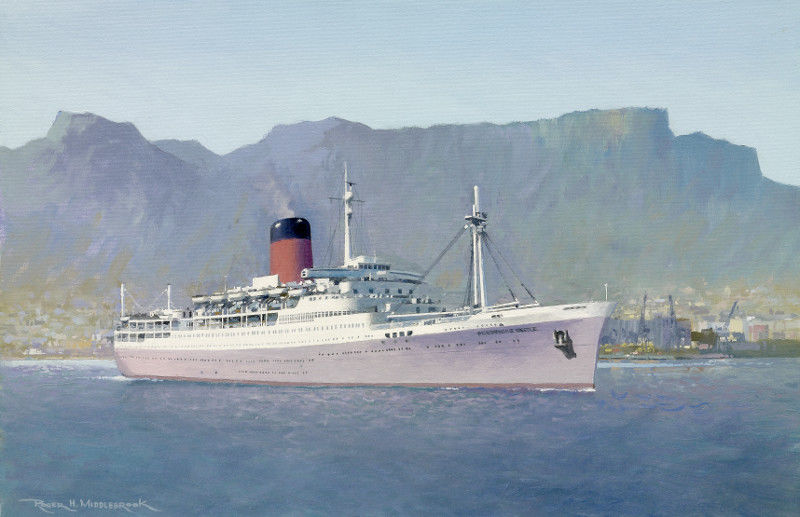 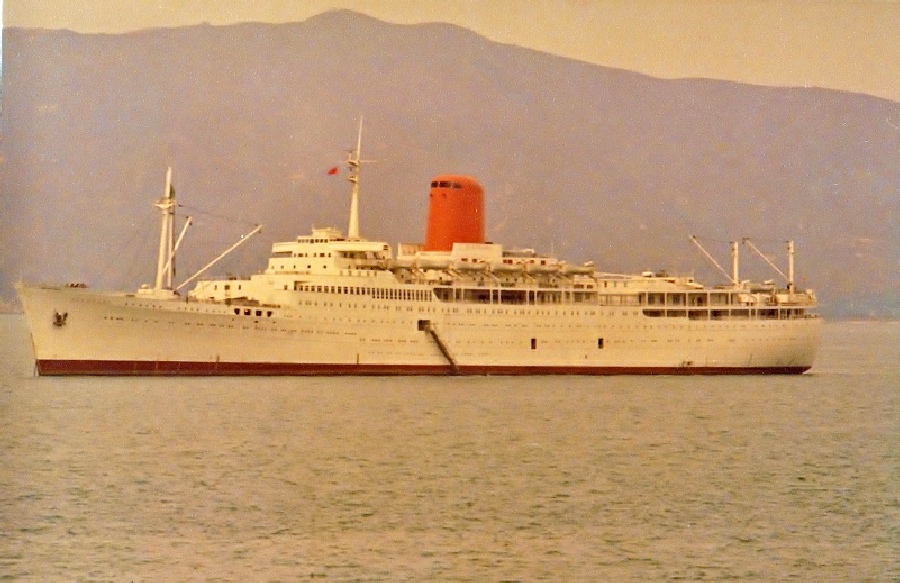 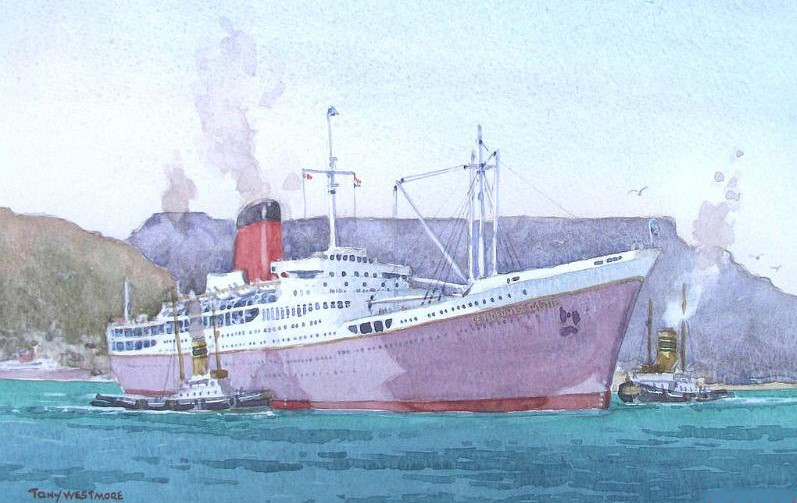 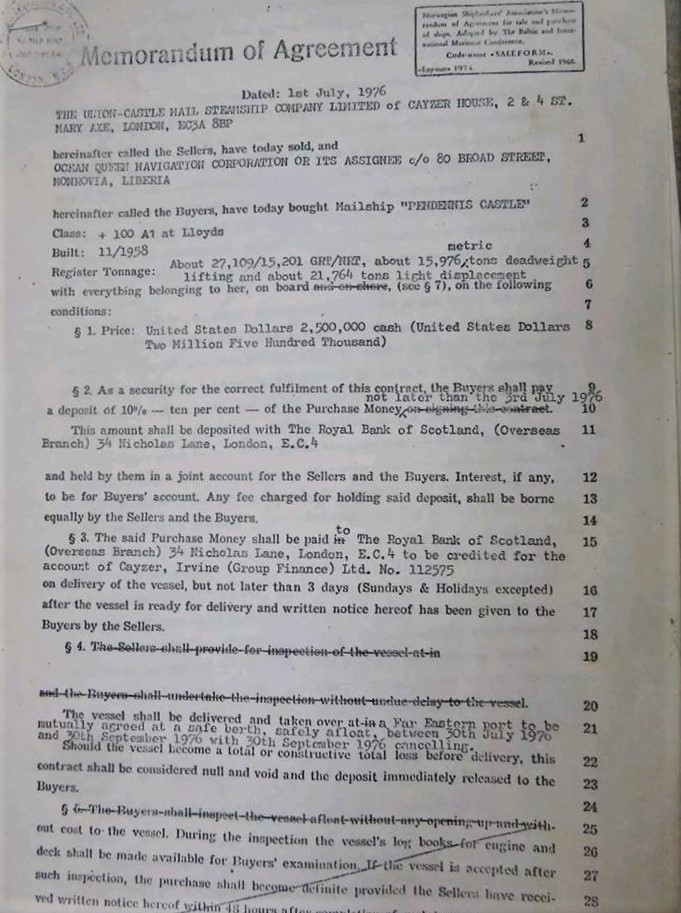 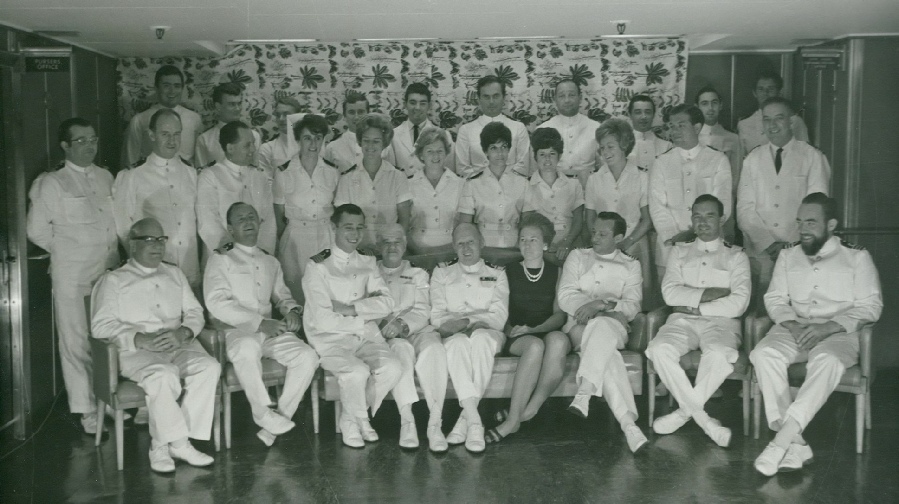 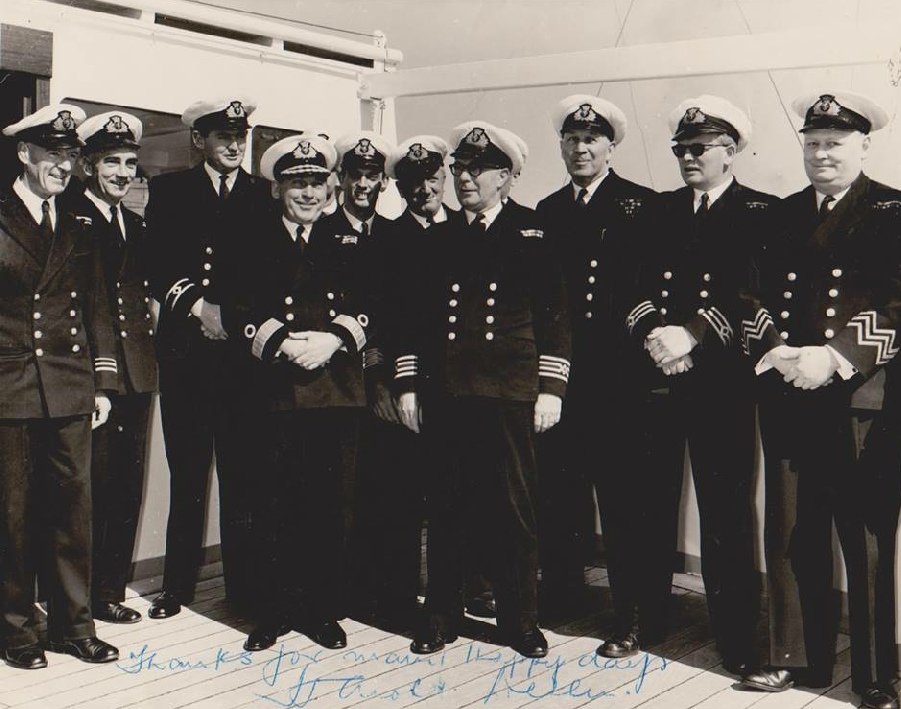 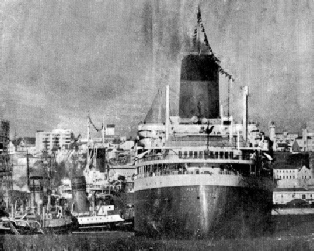 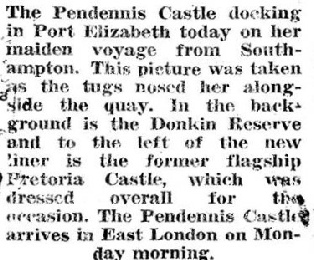 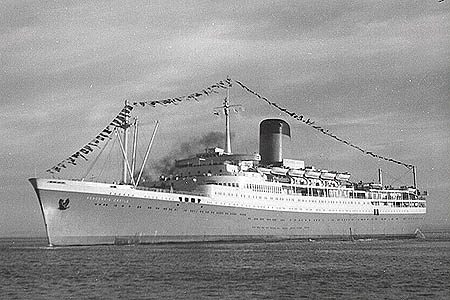 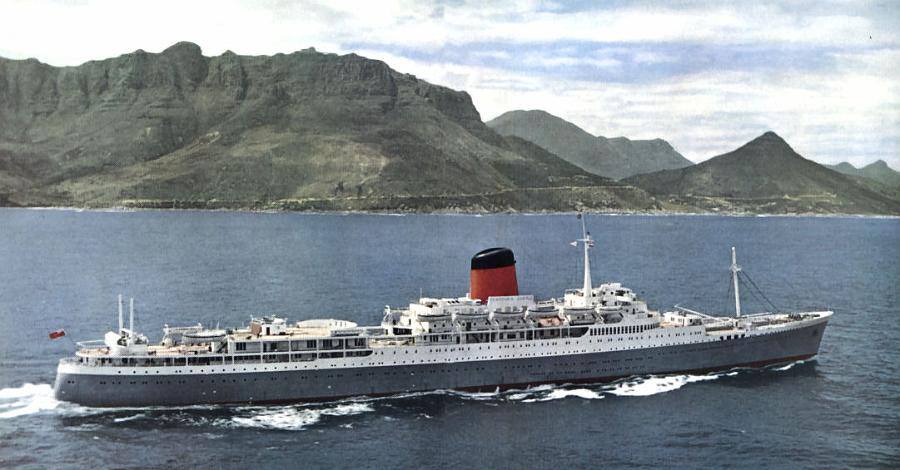