She was built as an Intermediate steamer but entered service on the mail run while the other ships were being refurbished. 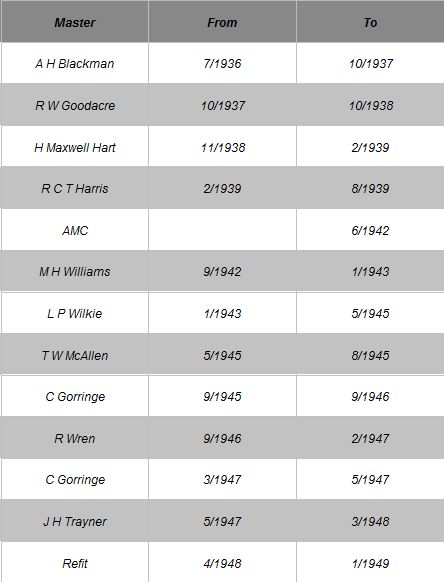 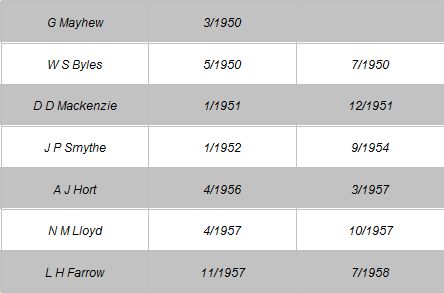 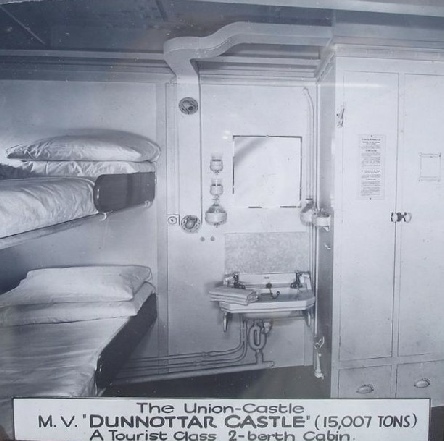 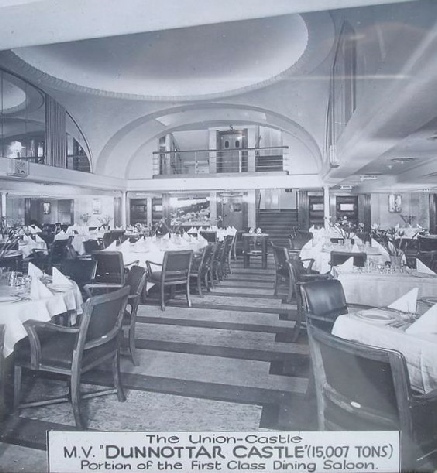 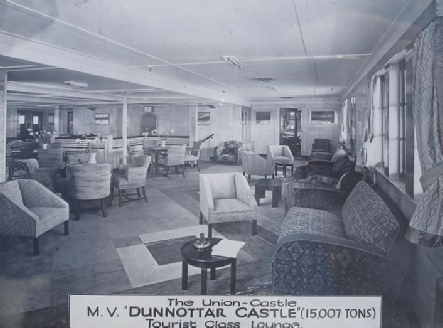 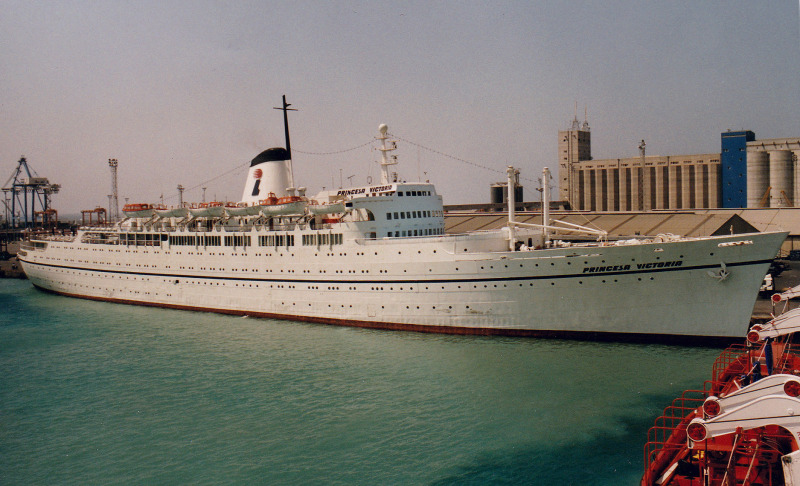 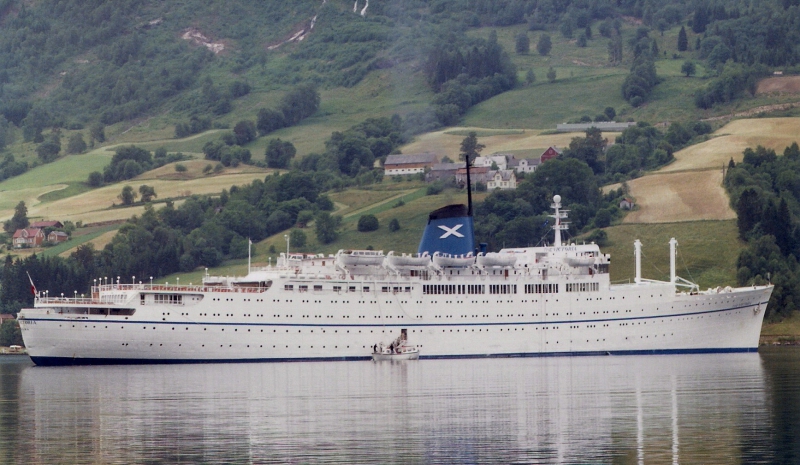 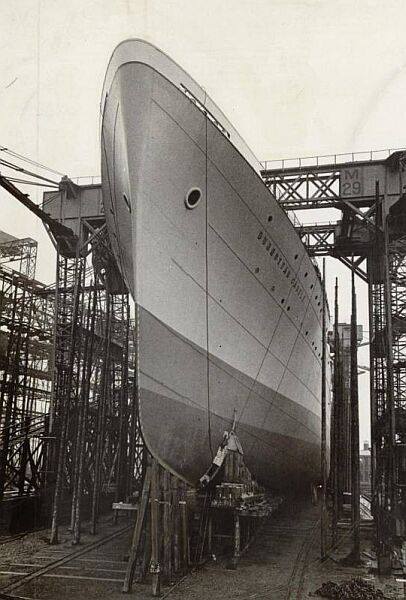 On 28th August 1939 she was requisitioned by the Admiralty for commission as an Armed Merchant Cruiser HMS Dunnottar Castle and served with the South Atlantic patrols.

When, in 1942, more war-built trade protection cruisers entered service, she was released and converted into a troopship carrying over 250,000 men including shuttling between Normandy and Southampton after the D-Day landings.

Resumption of Intermediate Service after WW2 - 1948

She returned to commercial service in 1948 and, after a refurbishment by Harland & Wolff, resumed deployment on the clockwise Round Africa Service, London-Suez-South Africa-London.

In 1958 she was, after 94 voyages, replaced by the Rhodesia Castle and sold to Incres S.S. Co. of Monrovia and renamed Victoria. On 16th January 1959 she was towed to Holland where she was rebuilt and re-engined, her tonnage being reduced to 14917grt but her length increased to 572ft, and commenced cruising in the Mediterranean on 14th December 1959.

From 1960 until 1964 she cruised between New York and the West Indies. In October 1964 she was sold to to Victoria S.S. Co. of Monrovia and a subsidiary of the Swedish Einar Hansen's Rederi A/B Clipper, Malmo with Incres as managers and on the same itinerary.

She was sold to the Chandris subsidiary Phaidon Navigation Co. (Chandris Inc) London in November 1975 and transferred Greek to registry although briefly registered as being owned by the National American Hellenic Line with the intention of resuming a service across the Atlantic.

On 11th December 1975 she arrived in Piraeus in tow of Moran's Heidi Moran where the engine was overhauled and the cabins refurbished before resuming cruising on 6th June 1976 as The Victoria but under the Panamanian flag. In 1981 she was sold to Victoria Maritime S.A. of Piraeus for cruising and without a change of name.

After 64 years she was still cruising in the Mediterranean as the Princesa Victoria under the ownership of Louis Cruise Lines of Cyprus.

She was finally broken up at Alang in 2004 after 68 years of service.

I sent my 90 yr old father pics of Dunnottar Castle as he'd sailed from Port Said just after the war (1946).

Here is his reply: "Dunnottar Castle pics were fascinating. For war service they retained a deck of cabins for officers and civil officials, etc. The rest of the decks were totally cleared,so that one went down into a vast arena with few partitions but furnished with tables jutting out from walls.

Each table seated twelve men on two fixed benches. In the walls and intervening rafters were hooks for hammocks and one had quickly to learn how to sleep in a hammock or find oneself sleeping on the bare steel plates of the floor. No carpets, tiles, decorations, etc. One man of each twelve went, on schedule, to the kitchen to fetch a large tray of whatever meal was due.

Twice a day groups were called to the open decks for physical training. After that it was impossible to arrange any diversions and one either sat on the bench at the table or went upstairs and leaned on any bit of vacant rail. But after experiencing the Normandy battlefields it was a real holiday jaunt.

Very few of that generation ever went on cruises either before or for years after the war." 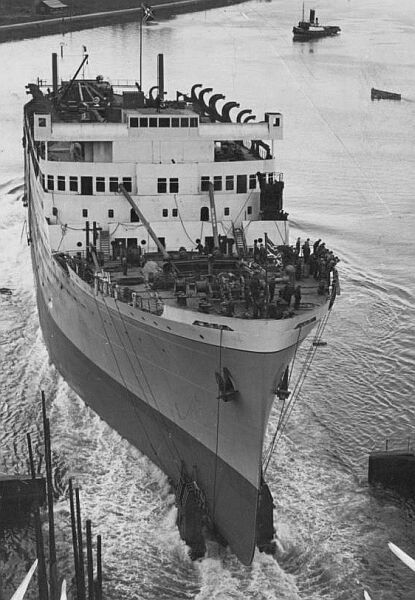 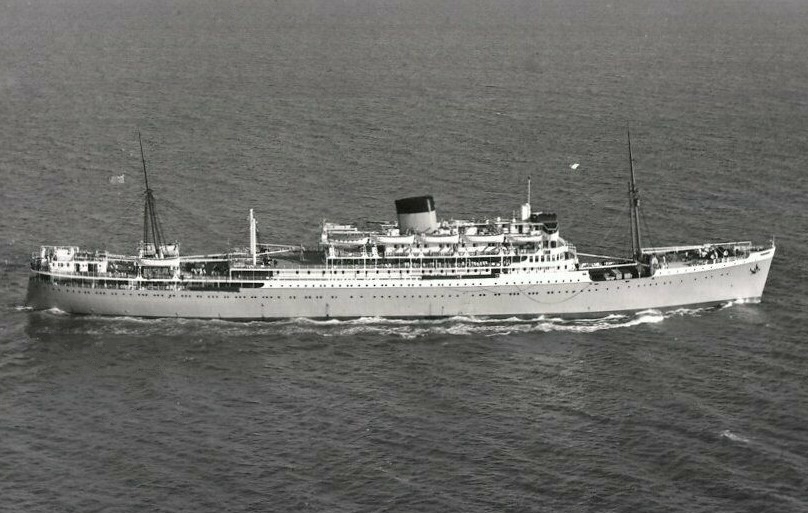 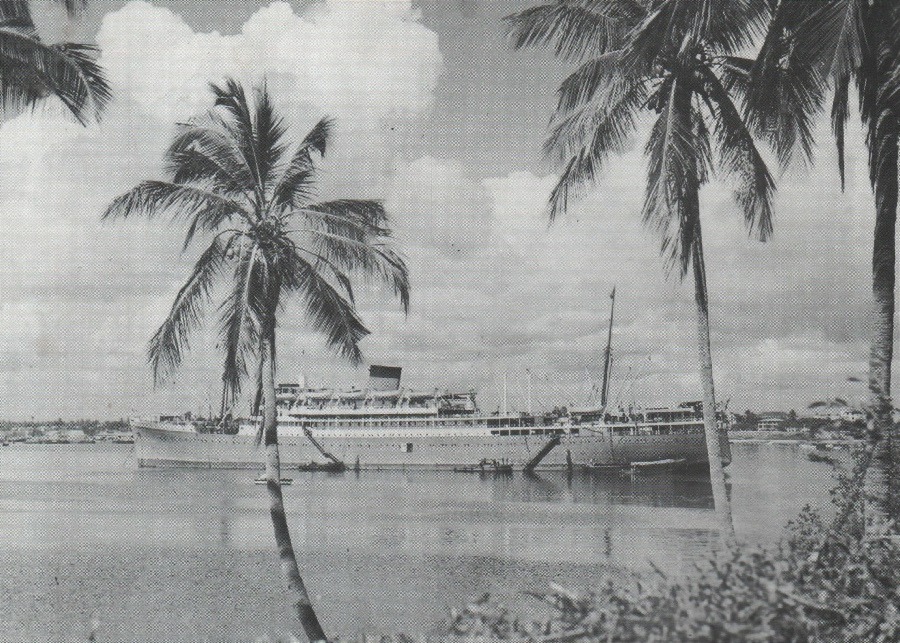